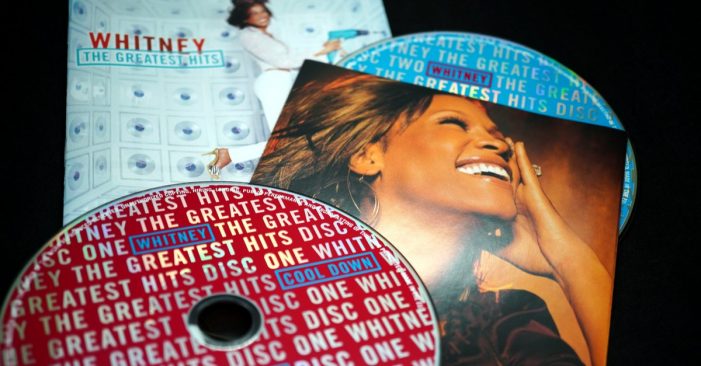 CDs and artwork of Whitney Houston. American singer, actress. In 2006 the Guinness Book of World Records declared her the most awarded and famous artist of all time. (Shutterstock)

By Tierra R. Wilkins, The Undefeated

For this week’s culture class, forget the reading in the syllabus. We’re here to listen to that voice. Today is the day the good Lord above bestowed upon us Whitney Elizabeth Houston. As someone born in 1994, my knowledge of the Holy Spirit — uh, Whitney Houston — is relatively limited, so I turned to The Undefeated’s staffers to give me their favorite Whitney Houston moments. Here’s what they had to offer.

1998 — WHEN YOU BELIEVE DUET WITH MARIAH CAREY

Undefeated culture lead Danyel Smith said it best back in February: “Here we begin. Snare drums so crisp. Bass drum so bold. Houston holds the mic stand for a moment but then clasps her hands behind her back — it reads as clearly as a military at ease. Her stance says: We came to play. Says, in the parlance of the ‘hood, and on behalf of her country: Don’t start none, won’t be none. All we have to do is relax, and we’re all going to win.