5 Signs That You May Be In An Abusive Relationship 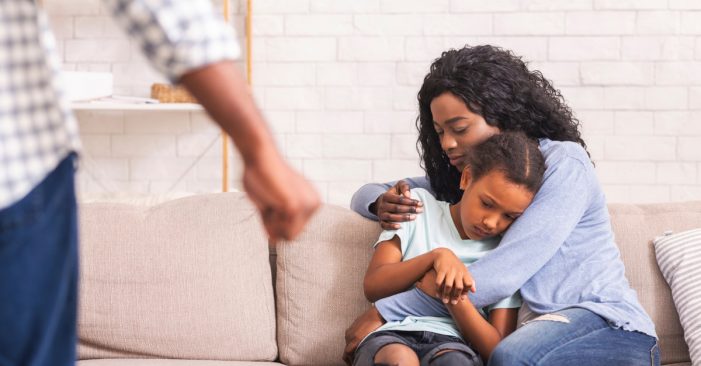 “I swore never to be silent whenever and wherever human beings endure suffering and humiliation. We must always take sides. Neutrality helps the oppressor, never the victim. Silence encourages the tormentor, never the tormented.” – Elie Wiesel

Domestic Violence is a violation to a person at the core of their being. It betrays love, destroys trust, inflicts irrevocable damage, and often leaves a jaded perception of love in its wake. Many individuals that have been harmed by an intimate partner feel afraid, embarrassed, blame themselves, and believe they are unable to reveal their pain to family members, friends, or others; even when they are in dire need of assistance.

Contrary to the very perilous myth, domestic violence is not gender based. According to the National Coalition Against Domestic Violence, 1 in 4 men have been victims of some form of physical violence by an intimate partner. Due to society’s general apathetic response when it comes to the abuse of men (despite the severity), domestic violence is often dismissed when men seek assistance from law enforcement and social services agencies. Men are threatened, physically, emotionally, verbally, psychologically abused, and in many instances seriously injured by the person that bears their last name; the one they have vowed to love, promised to protect, provide for, and never harm; by the person they share a child/children with.
As an anti-violence advocate, I realize the hidden yet prevalent, destructive problem of battered men must go beyond refuting misconceptions, to aiding men in understanding the brutality of their experiences, and that domestic violence is caused solely by an individual who elects violent, abusive behaviors as their methods of ‘communication’.
Domestic violence is an incredibly dangerous crime, and behaviors can be very difficult to detect; especially for victims. It can be as subtle as an unkind word or as blatant as a slap across the face. Insecurities are masked, and what appears in the beginning stages as attentive, generous, and concerned; becomes possessive, extremely jealous, and controlling.

It is important to evaluate relationships daily, and take inventory of situations that may have given you pause. You might be experiencing domestic violence if your partner:

Your partner might offer reasonable explanations, apologize, promise to change, attend counseling, or make spiritual commitments; however, it is crucial to understand that domestic violence is cyclical, becoming more frequent and severe over time.

Despite many valiant efforts, victims cannot stop their partner’s abusive behavior, and ultimatums don’t make people change. Abuse isn’t a couple’s issue, but rather the choice of the abuser. Know your strength. Know your limitations.