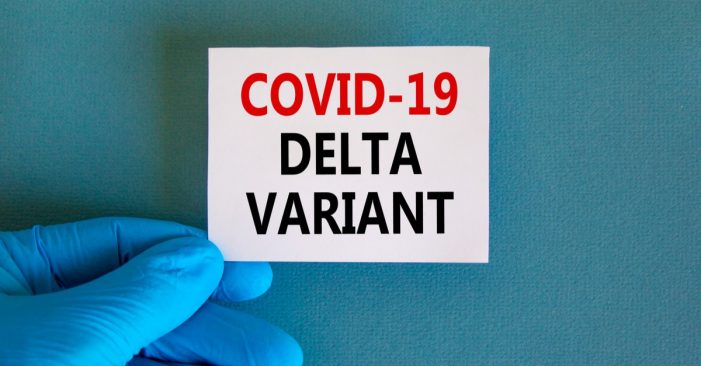 This, of course, wasn’t always the case. During the first year or so of the pandemic, more than 500,000 unvaccinated Americans died of COVID-19. None of them had the option of reducing their risk of dying of the disease to essentially zero by receiving a free shot that had already been safely administered to 178 million of their friends and neighbors.

But now unvaccinated Americans do have that option. By refusing it, they are opening the door to Delta.

And make no mistake: Delta is coming.

To be sure, the dangerous variant behind India’s horrific spring surge won’t cause nearly as much sickness, hospitalization and death here as it caused there, for the simple reason that by getting a harmless jab (or two), millions of vaccinated Americans have already decided to (a) protect themselves and (b) block the virus from spreading to their unvaccinated peers. The unvaccinated will continue to benefit from others’ immunity.

But Delta will trigger some sickness, hospitalization and death in the U.S. — nearly all of it among unvaccinated Americans, and all of it worse than any potential vaccine side effect.

Here are six warning signs that Delta is heading our way:

1. The U.K. has more immunity than the U.S. Cases and hospitalizations are increasing there anyway.

Think America’s relatively robust vaccination rate will keep Delta from doing any real damage in the U.S., especially after 10 percent of Americans have already tested positive for the virus and presumably have some “natural immunity” of their own?

Think again. For a reality check, pay attention to what’s happening right now in the United Kingdom, where the Delta variant is already dominant.

There a greater share of adults (60 percent) are fully vaccinated than in the U.S. (56 percent); a much greater share (83 percent vs. 66 percent) have received at least one vaccine dose. Meanwhile, about 7 percent of the U.K. population has tested positive over the course of the pandemic, one of the higher rates in the world.

Yet despite the U.K.’s wall of immunity, its daily COVID case count has increased 86 percent over the past two weeks. (Wednesday’s jump was the largest since February.) Daily deaths have risen 26 percent over the same period (though the overall death rate has remained low). Daily hospitalizations are up 25 percent over the last week alone.

Delta is to blame.

2. Once Delta lands somewhere — even somewhere with lots of immunity — it spreads fast.

As a result, Delta began spreading rapidly as soon as it arrived in the U.K., eventually doubling as a proportion of all infections every 11 days. Today it accounts for 99 percent of U.K. COVID cases.

It’s unclear if Delta is more lethal than other iterations of the virus, but early evidence from the U.K. suggests that, compared with Alpha, it doubles an individual’s risk of being hospitalized. And while all two-dose COVID vaccines are effective against Delta when fully administered, the variant’s immune escape properties cut vaccine protection to just 33 percent in the period between the first dose and the second, according to a recent study from Public Health England.

All of which means that Delta poses a greater risk to unvaccinated (and partially vaccinated) Americans than any previous form of the virus.

And the risk is rising.

Today Delta accounts for about 20 percent of all new COVID cases in the U.S., but that number is already doubling every two weeks.

“In several weeks to a month or so, [Delta]’s going to be quite dominant [in the U.S.],” White House chief medical adviser Dr. Anthony Fauci explained Wednesday. “That’s the sobering news.”

3. To stay ahead of Delta, America’s vaccination rate should be increasing. It’s flatlining instead.

At its April peak, the U.S. was injecting an average of 2 million Americans with their first COVID vaccine dose every single day. As recently as one month ago, that number was hovering around 900,000. Today it has fallen below 200,000. On June 22, fewer than 30,000 first doses were reported to the CDC, the lowest single-day tally since last Christmas.

The reason? Americans are among the most vaccine-hesitant people in the developed world. According to recent polling by Morning Consult, the U.S. has a higher rate of vaccine opposition than any major country except Russia; a full 30 percent of U.S. adults say they are either unwilling to get vaccinated (19 percent) or uncertain (11).

In contrast, just 16 percent of Canadian adults and just 14 percent of U.K. adults say the same.

The U.S., in other words, has basically run out of people to vaccinate. Since the start of June, Canada — which struggled to inoculate its population over the first few months of the year due to supply shortages — has fully vaccinated an additional 15 percent of its population; the U.K. has added 8 percent to its total. In the U.S., however, the ranks of the fully vaccinated have ticked up only 4 percent this month.

4. That leaves more than 100 million Americans largely defenseless against Delta — and they’re concentrated in places where the virus can still spread easily.

Fifty-six percent of U.S. adults have been fully vaccinated. Forty-four percent have not.

Seventy-seven percent of U.S. seniors have been fully vaccinated. Twenty-three percent have not.

No matter how you slice it, a huge share of the U.S. population — from seniors (the most likely to die of COVID) to younger adults (the most likely to spread it) — remain largely defenseless against Delta. That’s true even if you consider natural immunity, which isn’t as widespread as some might think — and doesn’t ensure protection against new variants either.

The gaps in America’s immunity would be one thing if the unvaccinated were evenly dispersed among the vaccinated. Someone who has refused the jab but lives in a city like San Francisco, where 72 percent of adults have already been inoculated, faces a fairly low risk of contracting the virus through community spread.

The problem, however, is that vaccination rates in the U.S. tend to break down along political lines — and people with different political views tend to live in different places.

As a result, counties that voted for Donald Trump in 2020 now tend to have lower vaccination rates than counties that voted for Joe Biden. Overall, 25 states have fully vaccinated less than 45 percent of their population — the national average — and 25 states have fully vaccinated more than 45 percent of their population. Trump won 22 of the 25 low-vax states; Biden won 22 of the 25 high-vax states.

With that in mind, it should come as no surprise the vast majority of the 100 U.S. counties with today’s highest per capita case counts are in conservative areas. Nor should it shock anyone that, according to nationwide sampling conducted by the genomics company Helix, Delta is already spreading faster in U.S. counties where less than 30 percent of residents have been fully vaccinated than in counties with vaccination rates above that threshold.

In fact, nearly two-thirds of 30 U.S. counties with the highest current rates of hospitalization are in the Show Me State.

Not coincidentally, Delta now accounts for nearly 30 percent of Missouri’s new COVID cases, according to the CDC.

No other state comes close.

In Joplin, Mo., where the hospitalization rate is now higher than anywhere else in America, Freeman Health System announced Wednesday that it was reopening the COVID ward it had previously closed in March. Elsewhere, CoxHealth, a six-hospital system in southwestern Missouri, said last week that it may begin diverting some COVID patients to other facilities throughout the state due to surging admissions “associated with the Delta variant” — a “five-fold increase from less than a month ago.”

Meanwhile, local providers say pretty much every new patient has one thing in common: They’re unvaccinated.

“We’ve been seeing much younger patients needing management within the hospital — some as young as their late teens, in their 20s, in their 30s and, unfortunately, all of [them] unvaccinated and very sick,” Ivy Garcia, a critical care nurse at CoxHealth in Springfield, Mo., recently told ABC News.

“With the new variant in our area, these patients are getting sicker quicker,” added Leanne Handle, an assistant nurse manager of a medical surgical COVID-19 unit at the same hospital. “They are progressing through this spectrum very, very quickly. … [They’re patients] who don’t think that they’re going to get sick from it, who aren’t mentally prepared to make life-and-death decisions [like] do they want to be intubated, do you want CPR if your heart should stop.”

Which suggests they’re probably just as vulnerable to Delta as Missouri — if not more so.

As vaccination curbs the overall spread of the virus, the chances that any one unvaccinated American will be hospitalized or die from COVID — or pass it on to a friend, family member, co-worker or neighbor who gets hospitalized or dies — are lower than they were at the peak of the pandemic.

But they’re still much higher than the chances for any one vaccinated American, because those chances are effectively zero.

Then, over a two-week period in June, the virus tore through the building’s IT department.

Six people tested positive. Several were hospitalized. Two died — and both of them were unvaccinated.

So were the other staffers who got infected or hospitalized.

There was one exposed employee who was vaccinated, however — and he did not get COVID, according to Manatee County Administrator Scott Hopes, who is also an epidemiologist.

“This particular outbreak demonstrates the effectiveness, I believe, of the vaccine,” Hopes told reporters Monday, adding that he suspects Delta was responsible for the virus’s rapid (and ultimately deadly) spread. “We are dealing with a variant unlike what we had last year.”

According to Hopes, that makes vaccination more important than ever. “When you have that many cases, and you have a 40 percent fatality rate, you have to worry,” he continued in an interview with Florida Politics. “I would prefer not to have any more employee funerals.”

In the months ahead, Delta will spread across a fully reopened, largely maskless America, just as it likely spread through the Manatee County Administration Building. The vast majority of unvaccinated Americans unlucky enough to encounter it will survive. But some who do survive will pass the variant on, and too many will end up losing their lives because they wagered that the vaccine posed a bigger risk than the virus — even though all the available science says the opposite (and it isn’t even close).

“We are going to miss Mary so much,” a work contact wrote Wednesday on the obituary page of one of the Manatee County staffers who died. “Her smile was radiant.”

“Get vaccinated,” the well-wisher added. “It’s that simple.”