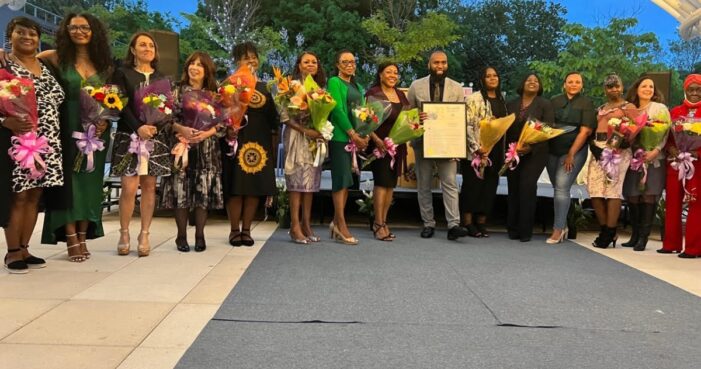 On March 22, Brian Cunningham, a public servant with over fifteen years of political experience, won the special election for Assembly District 43 in Central Brooklyn. A stiff feat against a group of progressive reformers aiming for the same seat.

Mr. Cunningham served as the director of operations for the National Institute of Criminal Justice Reform and is presently serving a term through the end of the year. However, he is running for reelection against other contestants for another two years.

Ahead of the election later in the month, we spoke with Assemblymember Brian Cunningham on his mission and views about pertinent issues in the community he represents and beyond.

Listen to an interview with Assemblymember Brian Cunningham below:

The State Legislator
Cunningham projects a leader convinced that there is an urgent need for action. He says, “Dr. Martin Luther King had a phrase talking about the fierce urgency of the moment. One of those moments is now when you think about the recent shootings in Buffalo, Texas, and Philadelphia this past weekend. There is a sense that we must act quickly as legislators and people who care about communities. ”

He can also be described as a “community servant.” He has almost two decades of service in a job he got into by chance. He revealed that the desire to discover who made decisions on public policy in schools led him to politics. “I remember when I first got involved in politics, I did not incline to want to do politics. I worked at a high school and wanted to find out who made decisions on public policy for schools. Found out it was state lawmakers 160 miles away in Albany.”

Thus, his journey started from an internship to become a special assistant to a politician. He was then deputy chief of staff and city council chief of staff before leading into his present position as a state legislator—all the while serving the people. “I was trying to figure out how to solve problems, then realized that policymakers had the capacity. Not only to affect one block, school, community but to reflect a state, became this journey and this hunger to want to do this.”

Addressing the Concerns of Immigrant Communities in District 43
While there are several concerns within the immigrant communities, Cunningham says he intends to focus on promoting policies to improve three significant areas of priority:

•Housing challenges for renters and homeowners: “Housing is a huge thing in our community. We’ve seen rents increase by over 90% in the last few years. So, it’s becoming more expensive to live in that community. Property taxes are going up whether you’re a renter or a homeowner.”
•He also intends to support economic development through capital accessibility, “In a heavily dense Caribbean and black American community, we have a lot of people who are entrepreneurs. But they don’t have access to capital to start their businesses. I think unleashing that capital to help them kick start that innovation is essential.”
•A third priority is addressing the public health crisis by supporting the building of top-notch health facilities within the communities.” Over the last two years, Covid-19 ravaged our communities. But now, we are focusing on getting people to a strong health baseline. Health care facilities like Downstate and Kings County will be 21st-century hospitals to help address some of these issues, both in wellness and care.”

Caribbean and Immigrants’ Heritage Month
Cunningham also acknowledged the importance of June as a month for celebrating the role of immigrants and their heritage, especially Caribbean-Americans who celebrate their heritage. Reflecting on how far he has come as a descendant of Jamaican immigrants, he recognizes the importance of commemorating while also planning for a more significant impact. “As a first-generation American, my mom got here with $56 in the 1970s. It wasn’t a lot of money then and now. And today, her son is a state legislator representing one of the largest Caribbean communities in the state of New York.”

His history now serves as one driving force for the resolve to ensure that members of his community benefit from the resources that abound in New York. “I am excited to think about how we now shift our priorities from just celebrating those historical months to ensuring that resources from the state of New York and the United States reach those Caribbean areas. And we’re able to do some economic development between the two,” he says.

Criminal Justice Reform
He shared his thoughts on other topics like criminal justice reform. Mr. Cunningham recalled his journey into a subject he spent over five years exploring before becoming a state legislator.

He talked about his work at Save Our Streets Brooklyn before moving on to the National Institute for Criminal Justice Reform, where he developed a better understanding of how to approach the issue. “I’m excited about that work because it gives me a lens on what kind of reforms are needed. People often look at criminal justice reform and conflate that with disregarding public safety. That is far from the truth.”
Instead, he sees it as enforcing accountability in the right situation while giving others of less magnitude a second chance at doing right. “We ought to hold violent offenders accountable, but we also should give grace to people who’ve made mistakes in their youth or even as adults. We can delete those records that are not productive to who they are now after rehabilitation”.

Another area of passion is caring about the seniors, especially as they fall within his district. “The 43rd Assembly District is positioned to be a naturally occurring aging community. So, we should ensure that we provide more senior housing, and we haven’t had enough food assistance for seniors, particularly with increasing grocery prices. So those are things that my office is working on.”

He is strongly advocating alleviating their housing burden and mitigating the effect of inflation on their nutrition. “There are so many seniors who don’t have children who are in a position to help because they’re also rent-burdened. We have to do more to provide resources for our seniors. Particularly on housing, which takes 50 to 60% of most people’s incomes, salaries, pensions, or their Social Security,” he explained.
Cunningham applauded the role of the New York Attorney General in protecting many seniors from defrauders and predators in the community. “The Attorney General, Letitia James, has been doing a phenomenal job leading the charge on that and making sure that seniors become victims of deed thefts in Brooklyn.”

The June 28 Primary
Ahead of the election in the coming weeks, the Assemblyman recognized the support of various bodies, including labor unions -1199, but most importantly, the role of the community. “The community’s support has been the thing that lifted me the most, and we’re looking to expand that on June 28.” He explained that he wants the community to deliver their message by voting that District 43 is not for sale. “District 43 is an independent district that wants independent leadership, someone who is a thoughtful leader, homegrown and homebred and will continue to fight for the community,” Cunningham urged.

Based on his accomplishments over the past two months, he intends to deliver more in the next two years if reelected. “In two months, we’ve passed four bills that are going to be law. We brought home resources to our community, $1.5 million in capital funding directly to our schools and some of the cultural institutions and hospitals. We’ve spent over half a million dollars just on helping nonprofits continue to support communities. But most importantly, we’ve shown up fighting issues of transportation and pay equity, and we continue to show up for issues like gun violence,” Cunningham summarized.

In closing, Cunningham promised to continue to humbly serve his constituents of the 43rd District.