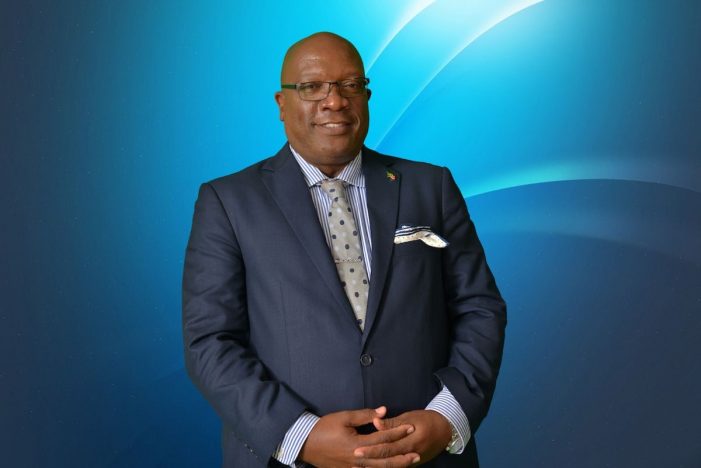 I am always heartened to be at ceremonies such as this one. Modest in its design and execution but hugely significant in its meaning and symbolism. But this one is especially meaningful for the remembrances of the great accomplishments and value to us here in St. Kitts and Nevis, and in the Caribbean, of that which we commemorate.

Today, we are here to commemorate the formation the Caribbean Common Market, commonly known as CARICOM; a grouping of now twenty countries, being fifteen Member States and five Associate Members. It was established some forty eight years ago in July of 1973 with the signing of the Treaty of Chaguaramas. Today, the body is home to approximately sixteen million citizens. Approximately 60% of whom are under the age of 30. This speaks to our tremendous growth potential and hope for future development. It is one of, if not the most diverse integration blocs anywhere in the world with ethnic groups of Indigenous Peoples, Africans, Indians, Europeans, Chinese, Portuguese and Japanese. The Community is multi-lingual; with English as the major language complemented by French, Dutch and variations of these, as well as African and Asian expressions.

While the journey of this oldest surviving integration movement in the developing world called CARICOM has been an arduous one, we can agree that the Caribbean region has also made tremendous strides over the years and that CARICOM – the Caribbean Community – is still indeed alive and well.

The visionaries of this movement saw the need for the coming together of our islands and people to further our common goals.

They envisaged a community working closely together as a unified force to promote economic integration and functional cooperation among its members and to do so in such a way that the benefits of that coming together would redound to the advancement of all member states.

They envisaged a community becoming a competitive force in the global arena by pooling resources, coordinating and harmonizing foreign policy so that we could take greater advantage of opportunities that would normally be inaccessible to small economies operating separately. Importantly too, they recognize that we needed to stand against the forces of colonialism, and all efforts to keep us confined to the periphery of developments.

They sought to established clear objectives of this integration movement, such as:

We all know the history of our region’s coming together has been punctuated by obstacles which continue to plague us. We are so often reminded of our failures when the truth is, our successes when assessed, dilute the negative narrative. I would hasten to add, and hope that you can all join in a resounding voice declaring that CARICOM is alive and well and here to stay.

This morning’s Ceremony is historic. It is one to celebrate the achievements of CARICOM through this very simple yet symbolic Flag Raising Ceremony which culminates the end of a one month long celebration of the ‘I am CARICOM Campaign’.

This Campaign Initiative emanated from a meeting of the CARICOM Committee of Ambassadors in November 2019, where it was agreed that as part of the process for the development of the Community’s Strategic Plan there was a need to re-engage the Peoples of the Region.  There was an urgent call for increased visibility and understanding of what CARICOM meant to the citizens and residents of the Community.  At the same time, the campaign sought to engage and assist citizens of the Community to locate themselves within the CARICOM construct – in terms of institutions, governance structure, policies and plans – and encouraging them to take ownership and participate fully in the regional integration development agenda.

While this concept is a novel one, it is of much significance and holds tremendous promise.

We ought to take ownership of what is ours and be proud of it. We are CARICOM -represented through the University of the West Indies (UWI) – an institution that belongs to us and has educated thousands of our youth for a future in our Region and the wider world.

We are CARICOM through the co-ordination of foreign policy which ensures that our support is sought from all quarters in the international arena because we are viewed as a bloc and this translates into meaningful programs and projects for the Community. Over the years we have demonstrated that together we have the political power to make a difference in hemispheric and international developments.

We are CARICOM through our intra-regional trade which provides jobs for hundreds of thousands in this Region, as the commercial enterprises benefit from the duty-free market provided within our economic space.

We are CARICOM when we look around us and observe the thousands of people, who have seized the opportunities provided by the free movement of skilled persons and found employment in the selected categories within the Single Market.

We are CARICOM through our Caribbean Disaster Emergency Management Agency (CDEMA) which we have seen in high activity mode in recent times. Most recently, the pooling of our skills and resources so ably led by this institution enabled us to reach our distressed brothers and sisters in St. Vincent and the Grenadines.

Even in our fight against this deadly COVID-19 pandemic We are CARICOM through the Caribbean Public Health Agency (CARPHA). This community has witnessed the benefits of us working together in a systematic way in the fight to restore and maintain a healthy nation, and even in a general way we have realized how cooperation on health issues can translate into the lowering of the cost of pharmaceuticals through bulk purchasing.

These examples demonstrate one of the key elements of the community – that of functional cooperation. This is what allows us to engage through the pooling of our resources and skills and realise the tangible benefits. So, when we engage at the Caribbean Development Bank (CDB); at CARICOM Competition Commission (CCC); the CARICOM Development Fund (CDF); CARICOM Regional Organisation for Standards and Quality (CROSQ)- We are CARICOM – a diverse People coming together as a unified force. However, our work is not over but it is continuous.

As Kittitians and Nevisians, we need to be more aware of CARICOM and more specifically, of the CARICOM Single Market and Economy (CSME) and the many benefits it offers.  We ought to be reminded that the CSME is the flagship of the integration movement which has morphed into something that is the envy of many nations, since the vision was launched in 1989.

The CSME must be viewed as something that belongs to us as a people and for which we must take ownership. To put it simply – It is about people; it is about services; it is about free movement.  We need to understand it and be appreciative of all the benefits that come with it. When we look at other regional blocs being formed around the world, then we can begin to understand the power that comes from speaking with one voice.

We have come this far by faith leaning on each other and we have achieved much. Indeed, with everything comes its challenges and so it is for us at the decision-making level to further commit ourselves to those who are desirous of fulfilling their dreams through this regime. We have to ensure that the trickle-down effect is realized by the common man, by our youth, by everyone.

I want to remind each of us here today that we have a role to play in spreading the message. This Campaign is not about one group of persons. It calls for the total involvement and active participation of all of us, as stakeholders in this enterprise for, indeed, this Community belongs to all of us.

This Community of ours presents us with the best chance of making our way in a world that is ever changing and in a global environment that is indifferent to our circumstances and the hindrances faced as small island states.

Let us in going forward embrace our very own, identifying ourselves as one people. Let us commit to the charge because indeed you are CARICOM, I am CARICOM – We are all CARICOM.