And the Grammy Goes to…Reggae! The Soja Controversy 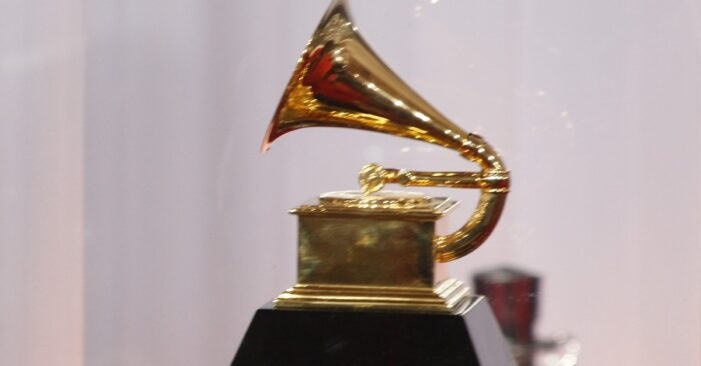 Grammy statue at the 52nd Annual GRAMMY Awards held at the Nokia Theater on January 31, 2010 in Los Angeles, California. (Shutterstock)

Following the awarding ceremony of the 64th Grammy Awards on Sunday [watch it here], we have witnessed an outpour of disrespect, abuse and hatred towards the winners that is simply shocking. Far from the usual discussions of who would have / could have / should have won, this year saw an unprecedented aggression towards the US-American Reggae band SOJA taking the trophy for ‘Best Reggae Album‘ home. These attacks are not, however, based on an objective assessment of the quality of their winning album “Beauty In The Silence” (in fact, most angry commentators seem to not having listened to even one track of it… talking about #neverheardism) – it all boils down to the color of this group’s skin.

Thus, Bounty Killer posted on his Instagram-account “What a big piece a sell out gwaan ya so white folks winning best reggae album over Jamaicans wtf” (and other artists, including Shenseea and Foota Hype, blow in the same horn), but the most extreme comments come from ordinary Jamaicans, expressing accusations of “cultural vultures” and “culture appropriation” (source: USATODAY.com)

In the light of SOJA’s decades of hard work to help Reggae music take hold in the US market (they were founded in 1997, playing Reggae ever since) and their acceptance speech [watch it here], this criticism is not justified. They explicitly mention Jamaica, expressing their appreciation and gratitude: “We wanna thank all our influences when we were growing up (…). To the founding fathers of Reggae music in the island of Jamaica, you inspired us all!” In an interview backstage [watch it here], they added: “Representing American Reggae, we shout out to all the pioneers, Jamaican artists and everybody who came before us, the forerunners… Roots Reggae music! Music is a mission, not a competition, that’s what Capleton say.”

Fellow Grammy nominees Etana and Gramps Morgan as well as Chronixx and many others support SOJA and congratulate them publicly on their win. Reacting to the blatant jibes that filled social media, Chronixx posted on his Instagram channel on Monday (April 5,2022): “Dem man ya been blessing us and sharing their platform for with us for years … consistently. Bring nuff a wi on the road before we got opportunities open for any of the native Jamaican music legends. Wah wrong wid some men?”

One good thing about all this agitation, at least everybody has heard the name SOJA by now, and there might well be a new dictionary entry soon: “NEVERHEARDISM (as in “never heard…!”) is a variant of the logical tu quoque fallacy that attempts to discredit an opponent’s position by using ignorance to devalue the argument without directly refuting or disproving the argument.”

To make the ongoing debate accessible to you, we have collected articles and videos (including statements from leading figures of Reggae music) below. Hopefully, the heated discussion will profit from the knowledge, tolerance and solidarity expressed in some of these posts, turning the focus from skin color to the beauty of the music that’s created by artists worldwide. As Tanya Stephens says, “Reggae is a genre, not a race or a location. Every year I feel embarrassed for some of us (…) We wah tour everywhere and not inspire ANY of the creatives ANYWHERE! Me very tired.”