Appreciation: In Cicely Tyson, we lose another of our giants, a queen who inspired our best selves 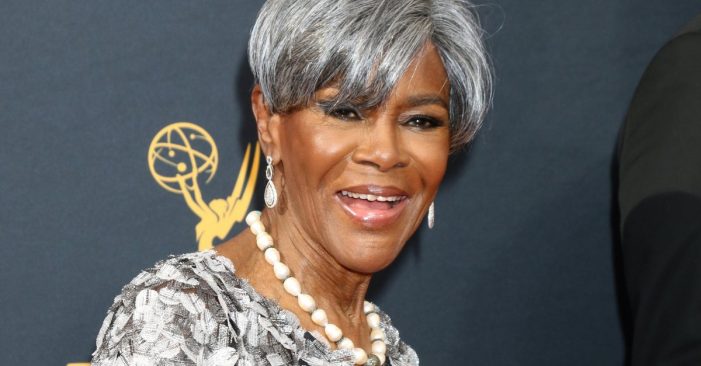 We just keep losing them.

Our heroes. Our legends. Our giants.

It began that awful Sunday morning of Jan. 26, 2020, with the helicopter crash that claimed the life of Kobe Bryant along with eight others, including his daughter Gianna. And honestly, it feels as though the rest of the year were spent trapped in a perpetual state of mourning, our hearts tied to a conveyor belt of heartbreaking goodbyes, the news ticker cruelly doubling as a running obituary dedicated to the lives that inspired us to live.

Pat Quinn, who died in November, was the co-founder of the Ice Bucket Challenge, which led to 2.5 million Americans donating $115 million to the ALS Assn. John Thompson, the first Black NCAA basketball coach to win a national championship, died in August. Chadwick Boseman died that month too. Civil rights icon John Lewis, in July. Playwright and AIDS activist Larry Kramer, in May. Ruth Bader Ginsburg.

There was hope that 2021 would be different.

It has not been.

It is not a coincidence that as the country continues to grapple with a darkness many naively assumed was in our wake — a darkness so emboldened that it tried to smother the light on Jan. 6 — that the stanza most repeated from Amanda Gorman’s inauguration poem is a reminder that “there is always light, if only we’re brave enough to see it. If only we’re brave enough to be it.”

We keep losing our giants.

Which means we must now be giants.

For it cannot be a coincidence that on Jan. 26, 2021 — the day many of us were reflecting on the loss of Kobe, the day that began this unprecedented string of great loss — Tyson’s memoir was published. A 432-page diary documenting her 96 years of heartache and love, darkness and light. It is no coincidence that with America still very much shaken by a President Trump-incited insurrection and by the cowardice of Congress members who continue to downplay their roles in it, one of the last things Tyson would do is leave us with an unvarnished account of this country’s resilience by sharing details of her own.

In an era when celebrities and athletes in their 20s are having memoirs published, the fact that Tyson resisted telling her story until this season of uncertainty cannot be a coincidence. In the book’s introduction she explained that she didn’t want to write her autobiography until “I have something to say” — the response she said Barbara Jordan, a fellow civil rights activist who became the first Black Texan elected to Congress, gave when Tyson asked her, “When are you going to write your book?”

“When you ask God for strength, as I do daily, He doesn’t usually just drop it from the sky,” Tyson wrote. “He often answers by placing you in a circumstance that requires you to build fortitude while relying solely on him.”

I don’t know who else needed to read that, but I certainly did.

I also needed to see the cover — a stunning photograph taken in London to promote her movie “Sounder,” for which she received an Oscar nomination in 1973. For the Harlem-born daughter of West Indian immigrants, it is quite fitting that the first role the deeply religious Tyson would land was on the NBC faith-based series “Frontiers of Faith” in 1951. Refusing to play characters she found demeaning to Black women, Tyson would go on to spend more than 60 years using her platform not only to garner awards but also to challenge stereotypes about what it means to be a Black woman in America.

This sense of purpose is embodied on the cover of her memoir. The sepia tone image stunningly captures her eyelashes which frame the searing confidence in her eyes, her shaved head showcasing the former model’s natural radiance while boldly declaring her Blackness is beautiful at a time when Hollywood had no problem expressing otherwise. The book’s title, “Just As I Am,” rests near the top of her perfectly shaped head like a crown.

Or perhaps a halo.

So many halos over these last 12 months.

Charley Pride, the first Black member of the Country Music Hall of Fame, died in December. Chuck Yeager, the pilot who first broke the sound barrier, also died that month — as did Olympian Rafer Johnson. David Dinkins, the first and only Black mayor of New York City, left us the month before.

One by one, God keeps calling our giants home.

But during one of Tyson’s last television interviews, I was reminded that our legacies are not footprints in the sand, destined to lose depth and meaning as the wind of time blows. Instead, think of them as a compass, pointing the generations that come after in the direction they must go.

The direction the country must go.

“When the time comes, what do you want us to remember about you?” CBS’ Gayle King asked Tyson.

The Oscar-, Tony- and Emmy award-winning trailblazer bowed her head before taking in an audible breath. When she lifted it back up, a smile slowly emerged, her lashes perfectly framing the confidence in her eyes — still.

“I’ve done my best,” she said. And then, after a playful shoulder shrug, she added, “That’s all.” Her voice textured and clear. My hope is that the Grammys will see fit to honor her for the audiobook, as completing the coveted EGOT would be a wonderful tribute to an entertainer who did more than simply entertain. She inspired.

I couldn’t help but wonder whether King were the only one Tyson was speaking to. Was she thinking of her mother, who initially didn’t approve of her acting career? Was she talking to God? Or was she sending one last inspiring message of hope to the rest of us? A challenge to be our best selves.