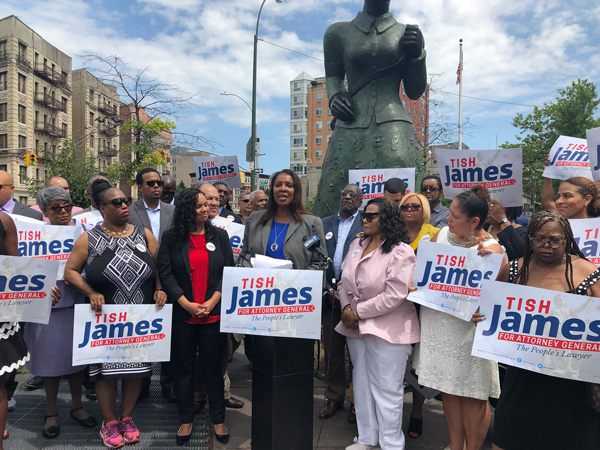 “Across the country and throughout our state, gun violence is cutting too many lives short. Every year, more than 900 New Yorkers are killed by guns — and we need new strategies to bring that number down. As Attorney General, I will stand up the NRA, ramp up enforcement of existing gun laws, pass gun reforms, and and investigate the financial backers of gun violence. And I will work with leaders from across the state to save lives, from Bethpage to Buffalo,” said Democratic Attorney General Nominee Letitia “Tish” James.

She was joined at the roundtable by Nassau County Executive Laura Curran, State Senator John Brooks, Assemblymembers Kimberly Jean-Pierre and Charles Lavine, and representatives from Moms Demand Action for Gun Sense in America, the March for Our Lives, Long Islanders for Gun Safety, the Nassau Chapter of the National Organization of Women (NOW), and the American Pakistani Public Affairs Committee, among others.

During the roundtable, Tish James spoke about her plan to use the powers of the Attorney General’s Office to tackle gun violence. Her proposals include: