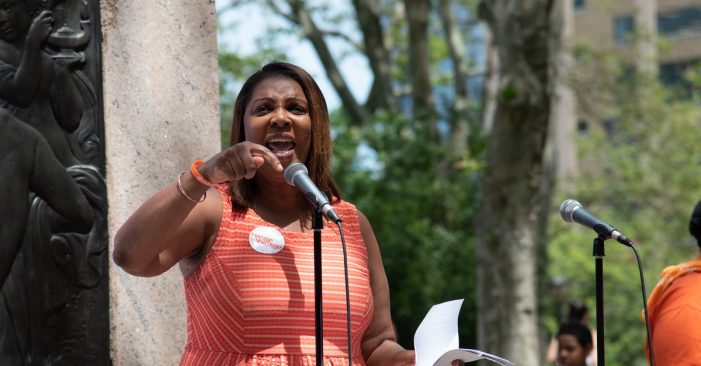 NEW YORK – New York Attorney General Letitia James today led a coalition of 16 attorneys general from around the nation in fighting alongside President Joseph Biden to protect undocumented immigrants from deportation. On the first day of the Biden-Harris Administration, the U.S. Department of Homeland Security (DHS) issued a memo ordering a moratorium on deportations for 100 days, while a thorough review of the DHS’s polices took place. Two days later, the state of Texas sued the administration, seeking to overturn the moratorium. Texas is now seeking a preliminary injunction to halt the moratorium while the case makes its way through the courts. In an amicus brief filed in Texas v. United States, Attorney General James leads the coalition in asking the district court to reject Texas’s request for a preliminary injunction and deny the state’s efforts to dictate federal immigration policy through a last-minute “agreement” with the Trump Administration.

“This eleventh-hour deal by the Trump Administration and the state of Texas is nothing more than a last-ditch effort by the former president on his way out the door to hogtie every other state in the nation while simultaneously punishing immigrants,” said Attorney General James. “As we continue to reel from a public health crisis that has affected every corner of this country, the last thing we should be doing is moving to deport more immigrants — many of whom are working on the frontlines of the pandemic and delivering essential services to Americans nationwide. I am proud to lead this coalition in supporting President Biden’s efforts to freeze deportations as the administration seeks to reform our nation’s overall immigration policies. As I have done since the beginning of my career, I will continue to stand shoulder-to-shoulder with our immigrant communities as we fight for reform.”

In the amicus brief — filed in the U.S. District Court for the Southern District of Texas — Attorney General James leads the coalition in arguing that Texas’ agreement with the previous administration is not only unlawful, but that it also presents serious issues related to federal immigration enforcement in New York and the other amici states, which are home to a significant share of the estimated 11 million undocumented immigrants in the United States. Texas’ request for nationwide enforcement of an agreement that it alone signed with the DHS not only conflicts with federal law, but also undermines the sovereignty of its fellow states. As the amicus brief notes, an outgoing presidential administration — after losing a national election by millions of votes — cannot handcuff the discretion of a new administration in its efforts to change national policies to reflect the will of the voters. In fact, the Supreme Court has repeatedly rejected attempts to prevent a newly elected executive branch from exercising the authority granted to it by Congress.

Further, Attorney General James and the coalition highlight the overwhelming contributions undocumented immigrants bring to the nation. Specifically, undocumented immigrants contribute approximately $6.8 billion in state and local taxes annually. And immigrants — both with and without documentation — are also critically needed employees in essential sectors, including those sectors vital to combatting the coronavirus disease 2019 (COVID-19) public health crisis by delivering goods and food, providing technological and human-resources support for telecommuting, offering telehealth and other in-person health care, assisting at grocery stories, and more.

Finally, the agreement was not validly executed by the DHS, as it was signed on behalf of the federal government only by Kenneth Cuccinelli II, who, at the time, was unlawfully acting as a senior official performing the duties of the deputy secretary. Several courts, as well as the Government Accountability Office, have already found that Cuccinelli was not lawfully appointed because he assumed his role in violation of two federal acts related to the succession of power: The Federal Vacancies Reform Act and the Homeland Security Act. Thus, Cuccinelli’s execution of the agreement with Texas here is in excess of statutory authority and without force or effect.

While Texas now seeks a preliminary injunction, it was previously successful in garnering a two-week temporary restraining order, which was extended until February  23, 2021 to allow for further briefing.

Today’s amicus brief in opposition to Texas’ unlawful agreement with the Trump Administration is the latest in Attorney General James’ opposition to the many unlawful immigration policies the Trump Administration utilized to hurt New York and other states, including sabotaging and seeking to rig the 2020 Decennial Census multiple ways, setting up a family separation policy at the border that sought to separate parents from young children, illegally diverting funding from other needs to build an unnecessary border wall, denying asylum-seekers requesting sanctuary, seeking to arrest immigrants outside state and local courthouses in effect endangering the safety of all New Yorkers, threatening to deport immigrant students who were not attending in-person classes during the peak of the COVID-19 lockdowns, and more.