Barbados wants Biden to lift the Economic Embargo on Cuba 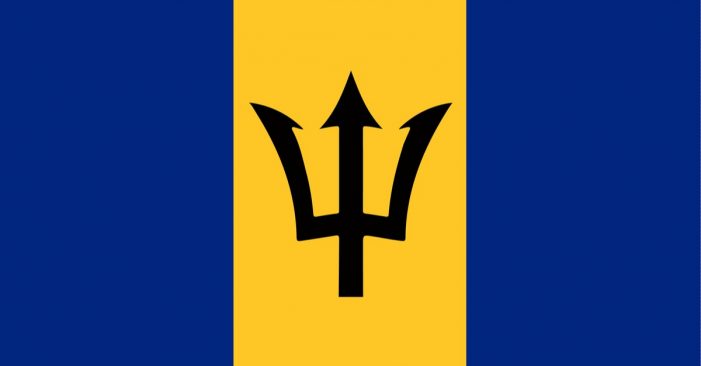 BRIDGETOWN, Barbados July 18, 2021 -The Government of Barbados has called on the United States Government to show moral leadership and end the sixty year old economic embargo imposed on the the People of Cuba, as the embargo has achieved nothing but an unjustified punishment of Cuba and unleashed a series of painful outcomes for its people.

A statement from the Minister of Foreign Affairs, and Foreign Trade Senator Dr. Jerome Walcott, said ” the Government of Barbados is of the view that the time has come for the United States to take action. It has not succeeded in isolating Cuba from the rest of right-thinking nations in the international community.  Ending the Embargo is MORALLY RIGHT. Now is the time for the United States of America to show leadership.”

The following is the full text of the statement by the Government of Barbados:

On Sunday, July 11, 2021, a series of street protests took place in Havana and several other Provinces in the Republic of Cuba.  Media coverage showed Cuban nationals calling on their Government for greater help and response to their needs, given the increasingly difficult socio-economic circumstances being experienced by our sister Caribbean island. These difficulties have been exacerbated by the long-term impact of the COVID-19 pandemic.

The long-standing Embargo foisted on the people of Cuba over six decades ago by the Government of United States needs to end.  In more recent times, the many punitive economic measures instituted by the then Trump Administration have only exacerbated Cuba’s difficulties and impeded the Government response to its citizens’ pleas for help.  Barbados and other members of the Caribbean Community have repeatedly raised their voices in unison at the United Nations, Organisation of American States and other international fora calling for an end to the Embargo and the resultant inhumane consequences it has wrought on the good people of Cuba.

The Government of Barbados is of the view that the time has come for the United States to take action. All the Embargo has achieved is an unjustified punishment of Cuba and unleashed a series of painful outcomes for its people. It has not succeeded in isolating Cuba from the rest of right-thinking nations in the international community.  Ending the Embargo is MORALLY RIGHT. Now is the time for the United States of America to show leadership.

Almost half a century ago the first four independent CARICOM Member States took the decision to establish relations with Cuba.  Since then our Community has enjoyed several years of strong friendships, in some cases familial ties and mutually respectful interactions with the Government and people of Cuba.  There have been many areas of technical cooperation and people-to-people exchanges over the years.  The people of our Community have embraced Cuba as a valuable and respected member of our family of Caribbean nations.  Specifically, over the last year alone, no less than 14 Cuban medical teams travelled across the Caribbean and played invaluable roles in helping our countries to combat and control the COVID-19 pandemic.  Helping us in our darkest hours is an example of true friendship.

The primary objective of Barbados and our CARICOM partners is to improve the lives and livelihoods of the Caribbean people through the development of a strong, resilient and sustainable regional economy and society, and to maintain our Caribbean region as a Zone of Peace.  We believe that free and unfettered relations with Cuba and all countries in this hemisphere, including the United States of America, would be greatly helped by ending the Embargo.  Whatever political or ideological differences that may exist between the United States and Cuba does not, cannot and should not justify the actions that result in such great, grave and disproportionate consequences for the Cuban people.

Barbados firmly believes that pooling our resources and working together to combat the Climate Crisis and other issues of global import, such as the Coronavirus pandemic, are far better places to concentrate our efforts.