Black Immigrants Push for Protections as Juneteenth is Honored

Amid new national holiday, advocates draw attention to discrimination based on race and legal status. 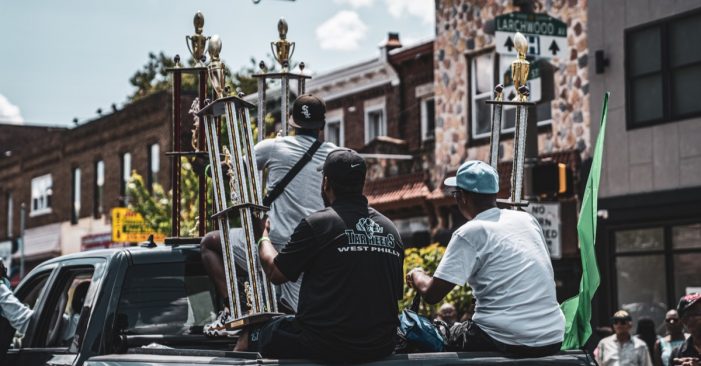 “Today, as we are looking into celebrating Juneteenth, we want to take the time to honor our ancestors who paid the price for us to be here,” Guerline Jozef, president of the Haitian Bridge Alliance, said on a press call.

Jozef and others hope to raise awareness at a time when the focus of government administrators and congressional lawmakers has primarily been on the U.S.-Mexico border and migration from Central American countries.

Black immigrants face double discrimination, both over their immigration status and their race as they interact with the criminal justice system.

Konaté said many of the rights she has in the U.S. as a Black immigrant are the “direct result of the ongoing and continuous fighting that Black people in this country have been engaged in for centuries.”

“We aren’t here just benefiting from what Black people have been able to accomplish in this country, but we’re also joining in the fight,” she added.

Observed on June 19, Juneteenth has long been celebrated by Black Americans, commemorating when Black people enslaved in Texas learned they had been freed by the Emancipation Proclamation.

Immigrant advocacy groups planned a number of events for the Juneteenth weekend. Among them, a rally Friday in New York City’s Harlem by the Cameroon American Council and the New Sanctuary Coalition to demand temporary immigration protections for Cameroonians.

Susan, a Cameroonian citizen and teacher who came to the U.S. nearly two years ago, is one of some 40,000 Cameroonians living here without legal immigration status. She spent six months in immigration detention after she arrived. Now she fears being arrested or deported to Cameroon, which is embroiled in civil conflict.

“We knew if we were sent back to Cameroon, we would be killed. Cameroon is temporarily unsafe for us,” said Susan, whose last name was withheld from reporters Thursday.

Advocates have called on the Biden administration to extend Temporary Protected Status — which gives deportation relief and work permits to citizens of designated countries in crisis — to Cameroon and other Black-majority countries, including Mauritania, where slavery is still practiced.

Many have also urged the Department of Homeland Security to redesignate Sudan and Somalia for TPS to protect undocumented immigrants from those countries who entered the United States after the program was last renewed.

In a letter last month, more than a dozen Democratic senators asked Homeland Security Secretary Alejandro Mayorkas to review conditions in at least 17 countries to determine their eligibility for TPS, including Cameroon, Mauritania, South Sudan, Somalia, the Bahamas, Ethiopia and Sierra Leone.

Following pressure from lawmakers and advocates over deportation flights to Haiti, which is experiencing civil uprising, Mayorkas redesignated Haiti last month for TPS, shielding Haitian immigrants in the U.S. at the time.

While praising this action as a “good first step,” Rep. Mondaire Jones, deputy whip of the Congressional Progressive Caucus and a member of the Congressional Black Caucus, said in a statement Friday that the government “must go further to protect Black immigrants from being unjustly deported” and “establish a system to bring home those who have been unjustly deported.”

The New York Democrat is currently fighting to contest the deportation of a constituent of his named Paul Pierrilus, who was deported to Haiti despite never having lived there prior to his deportation.

“We need to reimagine our immigration system to create a system that puts people on pathways to citizenship and permanent status — not deportation — and centers the humanity and dignity of all people,” Jones said.

The Biden administration is also facing mounting pressure from advocates to scale back its use of immigration detention and consider racial justice in its immigration enforcement priorities.

Last year, during the pandemic, nearly half of all migrant families held in immigration detention were Haitian, according to data analyzed by Refugee and Immigrant Center for Education and Legal Services.

“We do not want to stop until every Black immigrant in ICE detention is free,” Fatou-Seydi Sarr, founder of the African Bureau of Immigration & Social Affairs, said on the press call.

While Black immigrants represent 5 percent of the undocumented population, they make up 20 percent of those facing detention or deportation for criminal convictions, according to the Congressional Black Caucus.

Nana Gyamfi, executive director of the Black Alliance for Just Immigration, pointed to the Biden administration’s immigration enforcement guidance for individuals with criminal histories, which advocates say unfairly targets Black people who are more likely to be living in overpoliced communities and face harsher sentencing for offenses, which could trigger immigration consequences.

“He might as well have said, ‘ICE, go out and get Black migrants to detain and deport,’” Gyamfi said.

Flipping the frame
Following the passage of legislation to make Juneteenth a federal holiday, some Democrats expressed hope the bill — which cleared the Senate unanimously — could create momentum for concrete changes to help Black communities.

“I hope it breaks the barrier,” Rep. Sheila Jackson Lee, D-Texas, the lead sponsor of the House bill, said ahead of the vote. “This is America’s holiday.”

Sirine Shebaya, executive director of the National Immigration Project of the National Lawyers Guild, said in an interview she hopes that “this will be a moment when people start paying attention” and notice how the criminal justice and immigration systems are linked.

“If the Senate is really serious about honoring the legacy of Juneteenth, then they must address the issues that are causing Black immigrants to be deported,” she said.

But advocates weren’t optimistic that momentum from Juneteenth legislation would be enough to convince the administration to enact further-reaching measures.

“If I’m honest, I don’t see that really being an indication of what we’re going to see in the future from Congress, as far as moving in a bipartisan way to pass legislation that impacts Black people, especially Black immigrants,” Konaté said.

Gyamfi saw the legislation as “symbolic” but unlikely to usher in concrete changes.

The “frame needs to absolutely be flipped,” she said, urging the administration to focus on identifying populations to protect, not to target.