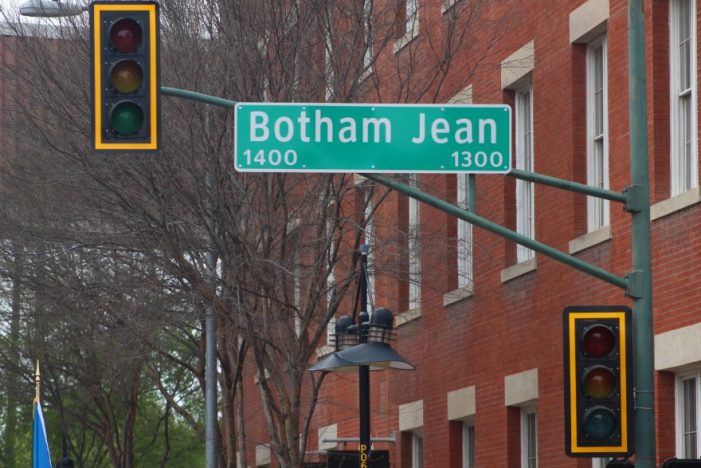 A ceremony was held to unveil the newly named ‘Botham Jean Boulevard’ in Dallas, Texas. Dallas Mayor Eric Johnson spoke at the ceremony, who said Jean “embodies the very spirit of what this city is supposed to be about.” “Somebody who was not from here, could have gone anywhere he wanted to but chose to make Dallas, Texas, his home. And didn’t just live here quietly, he contributed to this city. He found a church home and contributed to making Dallas a better city,” said Johnson.

Jean, 26, was shot to death in 2018 by police officer Amber Guyger, who is serving a 10-year sentence after being convicted of his murder. Guyger claimed she mistakenly entered Jean’s apartment thinking it was her own residence. Jean’s mother, Allison said the street name is a powerful tribute and ensures her son is not forgotten. She added, “Every single Dallas police officer has to say his name. ‘Yeah? Where do you work? What’s your address? 555 Botham Jean Blvd.’ They will say his name.”