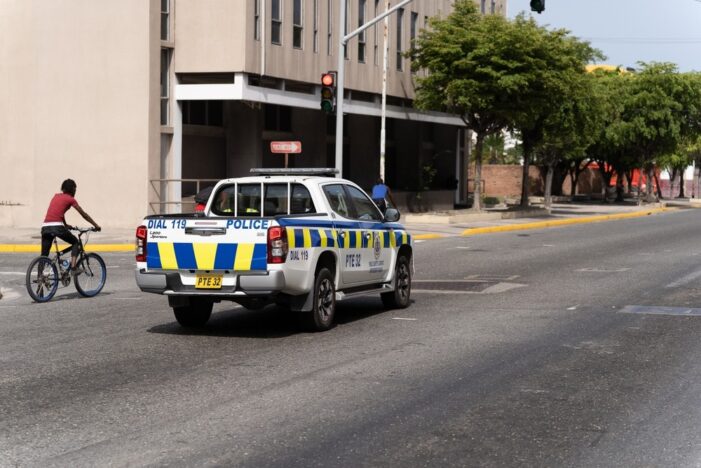 The Broadcasting Commission of Jamaica has banned all music and television broadcasts that it has determined glorify or promote violence, use of drugs, scamming, weapons, and criminal activity. According to the Jamaican government regulatory authority, its ban is designed to reduce material that “could give the wrong impression that criminality is an accepted feature of Jamaican culture and society.” This includes programming that includes “urban slang” associated with making money or acquiring wealth. The ban states that channels should avoid any urban slang terms that refer in any way to making money, wire transfers, lavish lifestyles, or getting rich. Some of the words and phrases specifically banned include “bank/foreign account,” “food,” “wallet,” “purse,” “burner phone,” and “client.”

The move has been strongly criticized by Jamaican artists who say it will not be effective in stopping crime and will remove the populations most impacted by rising gun violence from any conversation about the issue.

According to Jamaican music producer and singer Stephen McGregor, a Grammy award winner known professionally as Di GENIUS, the music banned by the Broadcasting Commission reflects what is really happening in the country. “Art imitates life,” he said, noting that regulators are trying to eliminate it because it does not mesh with what they believe the “moral mold” of Jamaica should look like. McGregor and other artists view the ban as a matter of free speech and believe that if the government really wanted to stop the violence it would address its root causes, including the economic crisis resulting from the COVID-19 pandemic that has had a negative effect on the country.

The Broadcasting Commission of Jamaica implemented the ban following efforts by authorities to put an end to the nation’s high levels of gun violence. In 2021, research by Insight Crime found that Jamaica had the highest murder rate among the countries of Latin America and the Caribbean. The Commission stated that the music and videos now banned from public broadcasts normalized criminality “among vulnerable and impressionable youth,” McGregor noted that the ban would have a minimal practical effect on young people as most use the streaming platforms like YouTube and Spotify to get their media.

The Commission has provided no details concerning the what consequences would accrue to those violating the ban and also did not respond to requests for comment on criticism directed against the ban. It did ask the public to report any alleged violations, however.

Jamaica has imposed similar bans in the past, most recently in 2009, and McGregor said that his music has been banned from broadcast in the country throughout his career due to its mentions of guns and sex, but the restrictions did not last.

McGregor, who believes the ban is a way for the government to use artists as scapegoats for its own large failures to address endemic problems and discontent. He said artists cannot be forced to create a happy “feel good” picture of the country when that situation is not a reality. He has been joined in his criticism of the ban by other Jamaican artists including Rvssian, NotNice, and Romeich who have all criticized the measure on social media.