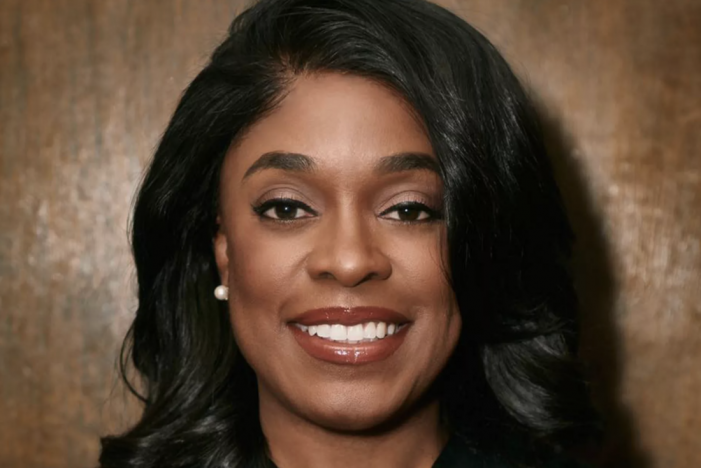 By Greg B. Smith, THE CITY

A civil court judge up for a plum job in Brooklyn Surrogate’s Court has been accused of cheating a home care worker hired to help her mother out of $264,000 in wages, THE CITY has learned.

Brooklyn Civil Court Judge Dweynie Paul paid the worker as little as $2.29 an hour to watch her aging mother for as much as 24 hours a day, five days a week, according to a lawsuit filed in Brooklyn Supreme Court.

The underpayment went on for years, from November 2013 when the worker began the full-time job until the day she quit in December 2016, the suit charged. During that time, the worker racked up thousands of hours of overtime for which she received not a dime, according to the lawsuit.

The lawsuit, quietly settled in 2017 for an undisclosed amount, takes on new resonance now that Paul is the favored candidate for a Kings County Surrogate’s Court judgeship that’s open this year.

She is backed for the job by the head of the powerful Kings County Democratic Committee, Assemblymember Rodneyse Bichotte, according to multiple party sources.

An endorsement by the committee would virtually assure Paul the elected post, which has traditionally been used to give out lucrative estate cases to lawyers favored by the party.

Paul and Bichotte go way back. She was Bichotte’s campaign manager in 2012 and has, in the past, raised campaign donations for her.

Bichotte, who has referred to her as “my sister,” has made her support for Paul known to multiple Democratic district leaders.

Paul, with the Kings County Democratic Committee’s support, was elected to Civil Court in Brooklyn in 2016. She has since been temporarily assigned to sit in Queens Family Court.

The lawsuit was filed in Kings County Supreme Court in April 2017 by a domestic worker named Marie Coffy, four months after she left Paul’s employ. It detailed accusations of labor abuse against Paul alleged to have begun before she was on the bench, continuing through 2016, a year after she was elected to Civil Court.

In her suit, Coffy said Paul hired her to care full-time for her mother starting in November 2013. Paul, then in-house counsel for the Traveler’s Insurance firm, enlisted Coffy to care for the elderly woman at the mother’s home in Massapequa, L.I., and at the judge’s home in Bedford-Stuyvesant, according to the lawsuit.

From November 2013 through the end of 2015, Coffy served as a live-in caretaker, working “five days a week with no meal break or any other daily break required by law,” the suit alleges. Her usual schedule, she says, was Wednesdays starting at 10:30 a.m. straight through until Monday at 10:30 a.m. That worked out to 120 hours each week.

In 2016, the year Paul became a judge, she gave Coffy another raise to $400 per week, which continued through the end of her employment that December, according to the lawsuit.

The suit noted that Coffy “frequently worked a spread of hours that exceeded ten hours in a single day.” And during Coffy’s entire tenure working for Paul, she was never paid time and a half for any hour worked past 40 hours in a given week as required by state law, the suit alleges.

The suit, filed by attorney Michael Taubenfeld, estimated the total amount owed to Coffy to be $264,142 and alleged Paul violated state labor laws by failing to pay minimum wage and overtime.

Court records indicate the suit was settled in September 2017 but do not disclose what, if anything, Coffy received in compensation.

THE CITY tried to reach Coffy through Taubenfeld, who did not respond to multiple inquiries.

The lawsuit states that Paul “set (Coffy’s) rate of pay and provided her pay by cash or by check.”

The judge declined to comment Tuesday when THE CITY reached her by phone.

But through a spokesperson, Paul attributed the arrangement with Coffy solely to her mother, a retired nurse who has since passed away.

“The relationship was created and managed by Judge Paul’s disabled first-responder mother,” the spokesperson said in a statement.

‘This was her mother’s obligation.’

The spokesperson added, “This was her mother’s obligation and its exact nature was never explained to Judge Paul who was at no time the employer.”

Paul declined to discuss the allegations of violating state labor law. “In the interest of protecting her mother’s name, and to save her from a potentially arduous legal proceeding, the matter was resolved,” the spokesperson wrote.

Bichotte, through a spokesperson for the Kings County Democratic Committee, declined to comment on the allegations leveled against Paul.

In December, Paul filed papers to run for Surrogate’s Court in Kings County, records show. She held her first fundraiser Feb. 11, according to her Facebook page.

Paul has a powerful backer in Bichotte, the head of the Kings County Democratic Committee.

Last week, Kings County Democratic Committee Executive Board member Joe Bova confirmed to THE CITY that Paul is Bichotte’s choice, and that he supports the judge as well.

Where There’s a Will…

Surrogate’s judges play a crucial role in the Democratic party’s ability to dole out patronage and maintain a steady flow of campaign contributions to its favored candidates.

The judges serve 14-year terms and award lucrative appointments to the lawyers to handle the estates of Brooklynites who died without a will. Nearly all counties in New York have one per county. Kings County has two.

Campaign finance records show many of the lawyers who get estate appointments from Brooklyn’s Surrogate’s Court judges contribute to the party’s favored candidates, and pocket a steady stream of fees for managing cases before the judge. It’s a quid-pro-quo arrangement that’s both legal and ancient, dating to the days of Tammany Hall.

Back in the 1970s, when Meade Esposito was the Kings County Democratic boss, the party used to send the Surrogate’s Court judges a weekly list of attorneys who supported the party financially and were to be rewarded with estate appointments.

In 2005, Surrogate’s Judge Michael Feinberg was kicked off the court after appointing his friend and law school classmate to oversee estates — and then approved $9 million in fees for the lawyer, including $2 million the state Commission on Judicial Conduct found to be “excessive.”

Since 2010, lawyers appointed by Kings County’s two Surrogate’s Court judges have steered at least $50,000 in donations to the party’s candidates, according to THE CITY’s review of court and campaign finance records.