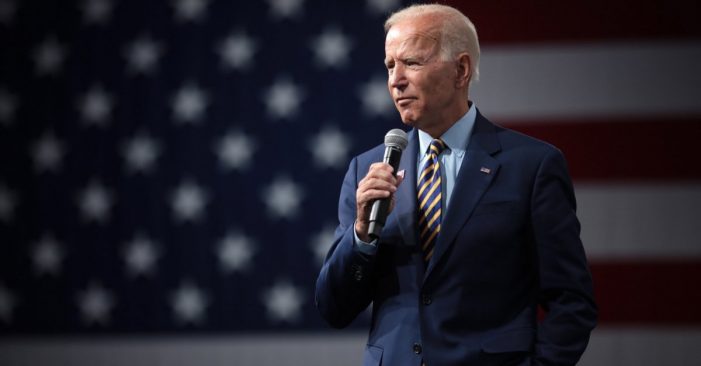 A central theme of President-elect Joe Biden’s victory speech Saturday was the need for the United States to find unity at a time of deep division. “This is the time to heal in America,” he said. It was the continuation of a message that was the core of his presidential campaign, which he called a “battle for the soul of America.”

Biden’s calls for harmony — a stark contrast to the divisiveness of President Trump — clearly resonated with a large share of voters. But the 2020 election also provided ample evidence of how deeply divided the country is. More than 71 million Americans voted for four more years of Trump, the second-highest vote total in history behind Biden’s 76 million. Support for the two candidates was split along stark lines based on race, age, income, geography, religion and other factors.

Polarization in the U.S. didn’t start with the Trump presidency. But research suggests that in recent years the political divisions are becoming increasingly personal, driven by the idea that one’s party affiliation is a moral choice, rather than a matter of policy disagreement. In this context, political divisions are guided as much by antipathy for the other side as they are by support for one’s own party.

As sincere as Biden’s efforts to unite the country may be, many argue that they are likely doomed from the start. In order for Biden’s message to resonate, it must first be heard. Partisan news and social media have resulted in information bubbles that can be difficult for even the president to penetrate. Trump has also instilled in his supporters a deep distrust of government that will endure long after he’s out of office, some argue. His continued refusal to accept the results of the election will also mean that many in the GOP base won’t see Biden as a legitimate president.

Biden will also have to contend with congressional Republicans, who have little political incentive to cooperate with Democrats, especially if they maintain their Senate majority. With so many important issues that will need addressing at the start of Biden’s presidency, the two parties may be primed for a series of bitter legislative battles over how best to solve them. Biden will also face pressure from many Democrats to take a more aggressive line on policy, which could inflame tensions further.

Others take a more optimistic view. The simple act of replacing Trump, who stoked conflict constantly, with a less bombastic personality can go a long way toward easing tensions in the country. Biden also has the opportunity to align the nation behind the common mission of overcoming the coronavirus pandemic and the resulting economic fallout, two crises that have affected Democrats and Republicans alike. During his time as a senator and vice president, Biden built a reputation as one of Washington’s great dealmakers. If anyone can help Democrats and Republicans in Congress find common cause, it’s Biden, some argue.

“Biden’s greatest task…is to heal a fractured nation. He is uniquely positioned to do this with unquestionable empathy, compassion and dignity.” — Editorial, San Antonio Express-News

Under Biden, things at least won’t get worse

“Complete harmony will never happen but it makes a difference whether you’re pouring fuel on the fire or trying to dampen it.” — Rory Carrol, Guardian

The are many opportunities for Congress to find common ground

“No doubt there will be partisan fights and gridlock that impede progress in some, or many, areas of public policy. But better that than grand reforms passed on a partisan basis that are not durable or sustainable, and become grist for endless vitriolic debate. Mr. Biden may not have a policy mandate, but he clearly has a governing one: to steady the ship of state after the trauma of Mr. Trump’s rule.” — Charlie Dent, Financial Times

Trump will no longer be in a position to stoke tensions

“America will no longer have a President who uses division as an instrument of power. Governance and foreign policy will not be made by tweet. Biden has already announced a task force to fight the worsening pandemic. And the burden of Trump’s racial fear-mongering will be lifted from Americans of color. Trump’s demagogic presidency will become an aberration in American history, rather than a new foundation that affronts the country’s bedrock values.” — Stephen Collinson, CNN

“There is also a sense that many in the nation are tired of the anger, the divisiveness, and Trump’s tweet-a-minute presidency. They want action, they want calm, and, above all, they want an effective COVID-19 relief package. And if any degree of comity can be restored to Washington, it may be Biden who can do it.” — Michael Hirsh, Foreign Policy

Biden will need Republican support to bring the country together

“Biden is setting the right tone, declaring that it’s time for America to unite and to heal, while promising to be a president for all Americans — not just those who voted for him. The important question is: How will Republicans respond?” — Chris Edelson, MarketWatch

“The presidency may change hands, but the fundamental reality of American politics and culture remain the same. Our nation is deeply divided, our partisans are very angry, and there is no immediate prospect for change.” David French, Time

A number of powerful forces are pushing Americans even further apart

“I don’t see how we do repair the fabric of society when we have people living in effectively different countries, especially when this is amplified by media platforms that have commercial incentives to drive misinformation. So much of what is happening is reflecting really big demographic and technological changes, secular trends that are much bigger than any one president.” — New America CEO Anne-Marie Slaughter to Guardian

“Moral convictions and moral outrage are so central to our identity. Unlike any of our other beliefs, it’s a non-starter to ask people to change that, to say, ‘Oh, this thing that you deeply, firmly believe as right and true, just look past that when you’re dealing with people who are opposed to you.’ That just seems wrong. It seems like it’s contrary to what it means to have a moral view.” — Psychology researcher David Pizarro to USA Today

“At its heart, the 2020 race was more about cultural issues and attitudes: Should the country worry more about public health or economic health? Should a summer of social unrest leave Americans worrying more about systemic racism or a breakdown of law and order? Is the country’s growing diversity a strength to relish or a hurdle to overcome? At first blush, it doesn’t appear the election showed a consensus emerged on any of those questions. Instead, the debate over all of them seems destined to carry on.” — Gerald F. Seib, Wall Street Journal

A large segment of Trump’s base will never accept Biden

“Healing only works if the patient wants to be healed, and I fear that question is still very much open. Some 70 million of our fellow citizens wanted four more years of what we’ve had since 2016. …As much as Biden talks about being a president for all of America, and he is unquestionably sincere about it, many of those 70 million people are completely unreachable.” — Charles P. Pierce, Esquire

“However effective it might have been at closing this race, this restorationist fantasy would be a terrible governing philosophy. Because the pre-Trump world — in which voting rights were being gutted and 40 percent of Americans couldn’t afford a $400 emergency bill — is no kind of place to go back to.” — Anand Giridharadas, New York Times