Candidates for New York’s Next Governor: Who’s Still Running to Run This State? 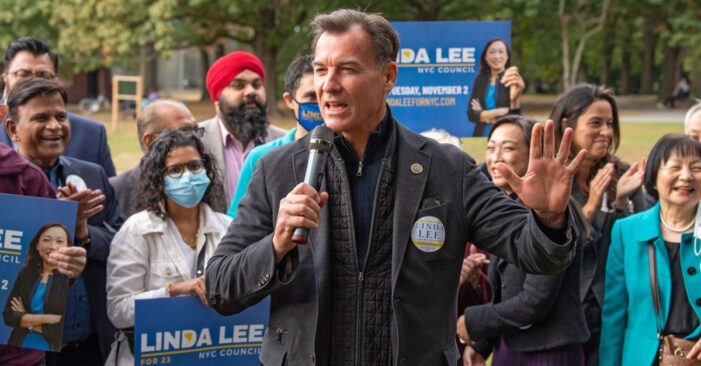 New York had a decade of Andrew Cuomo. And we’re just getting used to Kathy Hochul. Who will voters choose to lead the state next?

Cuomo’s replacement, his lieutenant governor, Hochul, hopes to turn her short stint as chief executive into a proper four-year term via the 2022 election.

She announced her run even before being sworn in on Aug. 24, and her campaign has raised a lot of money. But Hochul still has some major political vulnerabilities to overcome.

Her original lieutenant governor, Brian Benjamin, was indicted by federal prosecutors and resigned in mid-April. Due to election law timing, he was stuck on the ballot with Hochul until Albany lawmakers passed a bill in early May that allowed him to be removed.

She is also facing pushback from her own party as they stymie her political agenda in Albany.

And she will be far from the only Democrat vying for the job, even after her top opponent — Attorney General Letitia James, whose office’s investigation led to Cuomo’s resignation — suspended her campaign Dec. 9.

Cuomo himself has been dropping major hints that he may try to return to public office. And because he was never impeached, he is legally allowed to run for governor again.

Even before Cuomo resigned this August, several of his fellow party members said they were considering a run, including city Public Advocate Jumaane Williams. Rep. Tom Suozzi (D-Long Island, Queens) is also running.

Meanwhile, Republicans have been suiting up for a fight for months, if not years, and are fundraising and mobilizing. U.S. Rep. Lee Zeldin of Long Island and former Westchester County Executive Rob Astorino are among the GOP candidates who have filed 2022 campaigns with the state, records show.

Officially, more than a dozen campaigns have registered with the state Board of Elections to fundraise towards a run for governor in 2022. Other contenders, including former Mayor Bill de Blasio, have already bowed out.

To help you parse who’s in and who’s out, here’s a guide on the 2022 gubernatorial candidates. as we know them so far in alphabetical order. We’ll keep updating this piece as the campaign moves along:

Republican hopefuls have been more proactive in launching runs. Among them: