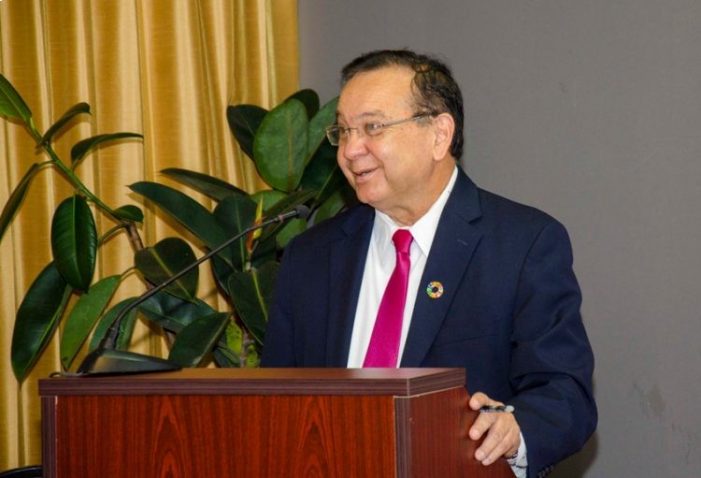 The Caribbean Community (CARICOM) has remembered the late Trinidad and Tobago Energy Minister Mr Franklyn Khan for his genuine interest in advancing the sector and the development of the Region.

CARICOM Secretary-General Ambassador Irwin LaRocque in a Message of Condolence to Trinidad and Tobago’s Prime Minister Dr Keith Rowley on the recent passing of Minister Khan, said his dedicated service to the people of his country and commitment to their welfare make him fully deserving of the tributes bestowed on him.

Here is the Secretary-General’s full Message of Condolence:

“It is with great regret that the Caribbean Community (CARICOM) notes the passing of the Honourable Franklin Khan, Minister of Energy and Energy Industries of Trinidad and Tobago.

His dedicated service to the people of Trinidad and Tobago, and commitment to their welfare marked his contribution to his country, and fully deserved the tributes which have been bestowed on him since his passing.

I recall my many interactions with Minister Khan, including when he visited the CARICOM Secretariat. I was always struck by his unfailing good nature, humility, and affability. His constructive approach and genuine interest in advancing the energy sector, in particular, and the development of the Region, in general, will remain with me.

I extend the condolences of the Community, the CARICOM Secretariat, and on my own behalf to the wife and family of the late Minister and to the Government and people of Trinidad and Tobago on the loss of a devoted patriot.”