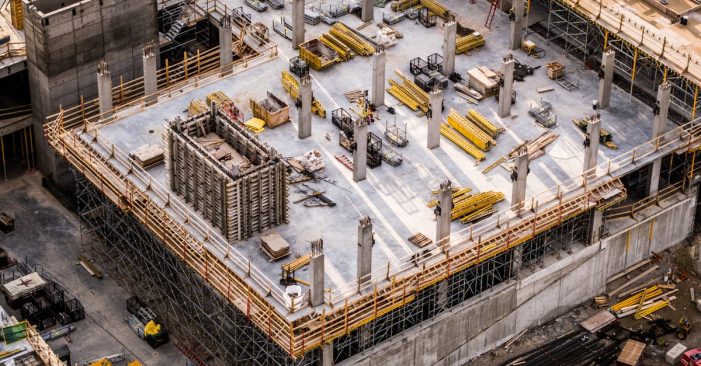 According to the EEOC’s lawsuit, the San Antonio, Texas-based construction company violated federal law when it fostered a work environment rife with racist comments and discriminatory work conditions at its construction site in Ravena, N.Y. in 2016. The EEOC alleged that White supervisors and employees regularly made unwelcome racist comments to Black employees, including over a company radio channel for all to hear.

The EEOC charged that one White supervisor attempted to snare an employee with a noose and another White supervisor told an African American employee that for Halloween, “You don’t even have to dress up. I will dress in white and put a noose around your neck and we’ll walk down the street together.” The EEOC further charged that one White employee bragged that his ancestors had owned slaves and that another White employee told a Black employee he walked funny because slaves used to walk with a bag on their shoulder picking cotton.

Racial harassment is a form of race discrimination and violates Title VII of the Civil Rights Act of 1964, which prohibits employers from discriminating against employees on the basis of race. The EEOC filed suit in the U.S. District Court for the Northern District of New York (EEOC v. CCC Group, Inc., Civil Action No. 1:20-cv-00610 (FJS/DJS)) after first attempting to reach a pre-litigation settlement through the agency’s conciliation process.

The three-year consent decree entered by Judge Frederick J. Scullin provides for $225,000 in monetary damages for a Black former employee whom the EEOC alleged was targeted by vicious racist abuse and threatened with a noose. The decree also provides that CCC Group will distribute $195,000 among six other Black employees who worked for CCC Group in 2016 and whom the EEOC alleged were subjected to racial harassment by White supervisors and co-workers.

The decree requires that CCC Group conduct company-wide training for employees and managers to educate attendees about harassment and discrimination issues in the construction industry. CCC Group must also conduct a “lessons learned” presentation for all CCC Group business unit managers that focuses on the EEOC Complaint, the decree, and the anti-harassment training. The decree also requires that CCC Group appoint an EEO Manager, responsible for ensuring that the company complies with the decree and with federal laws prohibiting employment discrimination. Among other duties, the EEO Manager must promptly investigate internal complaints of discrimination, promote employee anti-harassment trainings, and visit CCC Group worksites to meet with employees to discuss EEO issues. CCC Group must also provide periodic reporting to the EEOC regarding any future allegations of racial harassment. Finally, the decree bars CCC Group from employing or contracting with two White supervisors who served as foremen for CCC Group on the Ravena worksite and whom the EEOC alleged harassed Black employees.

“The allegations of racial harassment in this case were especially vicious,” said Jeffrey Burstein, regional attorney for the EEOC’s New York District Office. “We are pleased that CCC Group has agreed to take steps to make its workplaces safer and more respectful, including by conducting training and appointing a senior manager who will focus on ensuring that CCC Group complies with the decree and with federal law.”

“Employers must take immediate and effective steps to prevent and eradicate the kind of racial harassment that was alleged in this case,” said Judy Keenan, director of the New York District Office. “This decree ensures that CCC Group will compensate the skilled and experienced construction workers who were victimized by the harassment in Ravena, and also make significant internal changes to protect its current and future workforce.”