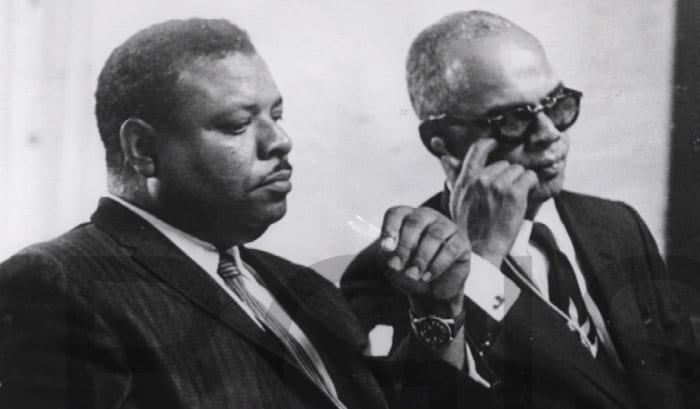 Acclaimed as the Father of Barbados’ Independence, The Right Excellent Errol Walton Barrow was born in the parish of St. Lucy on January 21, 1920.

The son of the late Rev. Reginald Grant Barrow and the late Ruth nee O’Neal, Errol was the nephew of National Hero The Right Excellent Dr. Charles Duncan O’Neal, founder of the Democratic League, and the brother of Errol’s mother.

Over the 15-year period of his administration – first as Premier and then as Prime Minister – ending in 1976, he was particularly successful in securing many social changes for Barbados.

A founder-member of the Democratic Labour Party, Barrow swept to power as Premier in 1961 and held that position until 1966. He then took the island into Independence from Britain after his party won elections and he thus became Barbados’ first Prime Minister. Indeed, Barrow was twice Prime Minister, from 1966 to 1976 and again from 1986 to 1987.

Among his achievements as leader was the democratisation of the education process and expanded free education to all levels; the introduction of a National Insurance and Social Security scheme; school meals on an improved nutritional basis; improved health services; accelerated industrial development; considerable expansion of the tourist industry; and taking Barbados into Independence in November 1966.

Mr. Barrow also made Barbados a member of the Organisation of American States and in 1968, with other regional leaders, launched the Caribbean Free Trade Area, a forerunner of the Caribbean Community (CARICOM).

After spending 10 years in Opposition (1976-1986), Mr. Barrow again led his party to power, winning the General Elections by what was then the largest margin of seats in Barbados’ history, 24-3. Sadly, he did not live long enough to enjoy this victory. After only one year in office, he died on June 1, 1987.

He had, however, left an impressive record: First Prime Minister 1966-1976; the “Father of Independence”; supporter of the University of the West Indies (UWI) and regional unity; designer of a modern system of public budgeting; architect of the UWI Campus at Cave Hill, Barbados; creator of the Barbados Community College; co-founder of the Caribbean Free Trade Association (CARIFTA); inspiration for lowering the age of majority from 21 to 18; and co-founder of CARICOM.