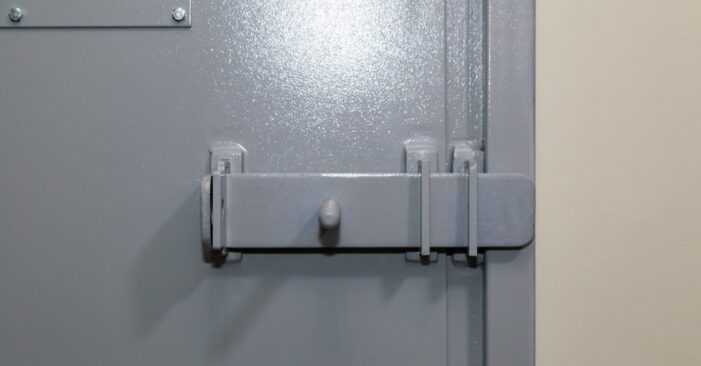 SEATTLE (AP) — A federal jury has determined that The GEO Group must pay minimum wage — rather than $1 a day — to immigration detainees who perform tasks like cooking and cleaning at its for-profit detention center in Washington state.

The verdict came Wednesday in U.S. District Court in Tacoma in a second trial over the issue. The first trial ended in June with a deadlocked jury.

“This multi-billion dollar corporation illegally exploited the people it detains to line its own pockets,” Washington Attorney General Bob Ferguson said in an emailed statement. “Today’s victory sends a clear message: Washington will not tolerate corporations that get rich violating the rights of the people.”

The jury will now consider how much the immigrant detainees who worked at the facility are owed — an amount expected to run into the millions — and U.S. District Judge Robert Bryan on his own will determine what The GEO Group must pay Washington for its claim that the company unjustly enriched itself.

Ferguson said he would put any money awarded to the state into a fund to benefit the detainees as well as area residents who may have been deprived of jobs because GEO used the detainees to perform the work.

Ferguson, a Democrat, sued the Florida-based GEO Group in 2017, saying the company had unjustly profited by running the Northwest Detention Center in Tacoma — now known as the Northwest ICE Processing Center — on the backs of captive workers.

A separate lawsuit filed on behalf of detainees was also filed that year, seeking back pay. The judge, who rejected several attempts by GEO to dismiss the lawsuits, consolidated the cases for trial.

GEO did not immediately respond to an email seeking comment but is expected to appeal.

GEO maintained that the detainees were not employees under the Washington Minimum Wage Act. Even if they were, the company said, it would be unlawfully discriminatory for Washington to require GEO to pay them minimum wage — now $13.69 an hour — when the state doesn’t pay minimum wage to inmates who work at its own prisons or other detention facilities.

The definition of “employee” in Washington’s minimum wage law is broad — it includes anyone who is permitted to work by an employer, without regard to immigration or legal work status. The law says residents of “a state, county, or municipal” detention facility are not entitled to minimum wage for work they perform.

The detention center didn’t fit that exemption because it’s a private, for-profit facility, not a “state, county or municipal” one, attorneys for the state and for the detainees argued.

The Northwest detention center houses people who are in custody while the federal government seeks to deport them or reviews their immigration status. It can hold up to 1,575 detainees, making it one of the nation’s largest immigration jails, though the population has been drastically reduced during the pandemic.

During the first trial, GEO acknowledged it could pay detainees more if it wanted. In 2018, the company made $18.6 million in profits from the facility; it would have cost $3.4 million to pay the minimum wage to detainees.

Washington appears to be the only state suing a private detention contractor for not paying minimum wage to immigration detainees. But similar lawsuits have been brought on behalf of immigration detainees in other states, including New Mexico, Colorado and California, seeking to force GEO and another major private detention company, CoreCivic, to pay minimum wage to detainees there.

A federal judge rejected the lawsuit brought by former detainees of CoreCivic’s Cibola detention center in New Mexico — a decision upheld by a federal appeals court panel in March.

“Persons in custodial detention — such as appellants — are not in an employer-employee relationship but in a detainer-detainee relationship,” the panel wrote.