Forget Beating Covid-19. Europe Is Preparing to Live With It. 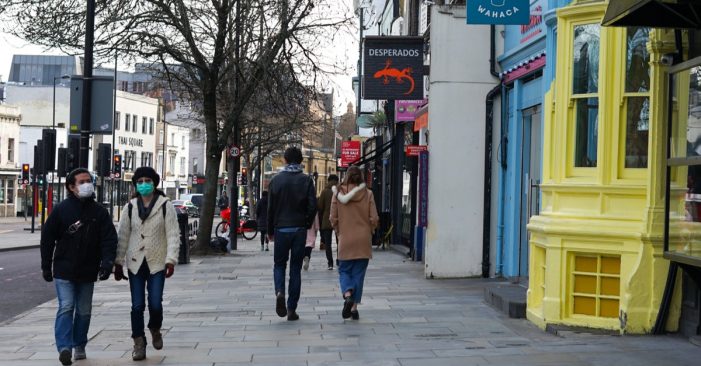 The battle against Covid-19 is shifting into long-term, low-intensity mode in Europe, as countries including Germany, Italy and France go from seeking to end the pandemic to preparing to live with it.

Governments are drawing up plans for campaigns of booster shots, mask wearing, frequent testing and limited social-distancing measures to keep the virus in check ahead of the region’s third pandemic winter.

They are aided by a public that has proved relatively tolerant of social curbs. Unlike in the U.S., where some states were quick to drop restrictions amid optimism the virus was in retreat, there was never much expectation that the pandemic was over in Europe, where infections have spiked sporadically through spring and summer.

Germany, which never fully lifted pandemic restrictions, said this week that only vaccinated people, those who had recovered from an infection or people with a recent negative Covid-19 test would be able to go to restaurants, hospitals and other indoor venues unless infections fall below a very low level. Masks will remain compulsory in closed spaces and on public transport indefinitely, even for the vaccinated.

In Berlin, where the school year began in August, children have to wear masks on all school premises and are tested for infections several times a week. This week, the government wrote to families of children eligible for a Covid-19 shot to encourage them to take up the vaccination.

Countries including France and Italy are also increasingly making vaccination, recent recovery from the disease or a recent negative test a prerequisite for daily activities. French restaurateurs who don’t check customers risk fines of up to 9,000 euros, equivalent to around $10,600, and a year in prison.

In the U.S., some cities and states such as California have recently announced similar restrictions.

Vaccines have turned the tide against severe illness and death, but the highly transmissible Delta variant has scotched hopes of an outright victory and a full return to pre-pandemic life. Scientists say countries’ plans underscore the reality, and the realization, that Covid-19 won’t vanish as quickly as it appeared, but will instead take its place amid the respiratory ailments that routinely cause sickness and death, such as influenza.

How long it will take to get to that point isn’t clear, scientists say. But vaccines mean the deadliest phase of the pandemic is almost certainly in the past and governments won’t again resort to strict nationwide lockdowns to contain the virus.

“The epidemic is evolving,” said Jimmy Whitworth, professor of international public health at the London School of Hygiene and Tropical Medicine.

Caseloads have ebbed and flowed in Europe, as the Delta variant spread and public-health officials took steps to beat it back. The seven-day average of daily new coronavirus cases in the European Union and the U.K. was 95,500 Sunday, or around 186 cases per million people, down 14% from a late July peak of more than 110,000, according to a Wall Street Journal analysis of data from the European Center for Disease Prevention and Control and the British government.

Average cases per million in the U.S. are around twice that level, following a sharp upswing this summer as the virus penetrated largely unvaccinated states.

Hospitalization rates in Europe are lower than in previous waves of the pandemic, highlighting the effect of vaccines. Hospital admissions in France were 65 per 1 million people in the week ended Aug. 8, two-thirds lower than in March, when admissions rates last peaked, according to the ECDC. In Germany and Italy, admission rates per 1 million people were down 90% in the same week compared with their most recent peaks. In the U.K., admission rates were 80% lower.

New deaths from Covid-19 in both Europe and the U.S. are a fraction of the levels seen previously.

Europe has made progress in vaccinating its population after a shaky start. The EU has fully vaccinated 53% of its population, according to data compiled by the University of Oxford’s Our World in Data project, slightly ahead of the U.S. at 50%. The U.K. is at 60%. Spain has reached 63% coverage, Germany and Italy more than 55% and France is lagging at 50%.

Still, scientists say herd immunity, the point at which a population has achieved sufficient immunity through vaccination or infection to prevent the virus spreading, remains some way off, if it can be reached at all. New variants may also arise that can sidestep those defenses.

A likelier future, said Paul Hunter, professor in medicine at England’s University of East Anglia, is an equilibrium akin to what we experience with other coronaviruses, in which the virus “loses its sting” due to vaccines, but causes recurring bouts of illness and death. With time, officials hope businesses and economies can adapt to the new baseline.

Travel restrictions and isolation regimes for confirmed Covid-19 cases are commonplace across the region and are likely to persist for some time. Countries have boosted their genetic surveillance to better track coronavirus variants. Booster shots for the elderly and vulnerable are either under discussion or actively planned, despite the World Health Organization pleading for the prioritization of poorer parts of the world. Many governments are expanding widespread, regular testing to spot cases and are enhancing, rather than retiring, contact-tracing systems.

British officials have adopted a somewhat different approach, choosing to drop most restrictions and trust instead in vaccines and public behavior to keep a lid on Covid-19. Prime Minister Boris Johnson has urged Britons to learn to live with the virus as they do other respiratory ailments.

Data suggest the U.K. public have remained cautious, despite restrictions easing, highlighting the potential role of behavior in limiting the virus’s spread. In YouGov polling, 70% of Britons said in late July, after restrictions in England had eased, that they were still wearing masks in public places, a proportion that hasn’t changed much since spring 2020. Many stores and transport operators still request that customers wear a mask, but enforcement is patchy.

Data compiled by Alphabet Inc.’s Google unit show U.K. visits to restaurants, shopping malls and recreational settings such as cinemas in early August were around 3% below pre-pandemic levels. Public-transport use was one-third lower. Workplaces visits were 42% lower.

Italy, which was hit hard early in the pandemic, is hunkering down for a protracted fight. It uses a color-coded system that employs several parameters to rank the state of the pandemic, and the severity of restrictions. Red regions have the most restrictions followed by yellow, green and white, where there are almost no restrictions except a mask mandate in indoor public places. All regions are currently white, but Sicily and Sardinia, two popular tourist destinations, likely will soon become yellow and others may follow as the Delta variant continues to spread.

“There is the realization among people here that the battle against Covid continues and that it will be long,” said Claudio Cancelli, mayor of Nembro, a town of 11,000 near the epicenter of Italy’s first pandemic wave. Mr. Cancelli said masks were still frequently used outside, even though they aren’t mandatory, and people say they are ready to get a third vaccine dose if authorities give booster shots the go-ahead.

“People aren’t letting their guard down because they know it’s not over and it will take a long time before we get there,” he said.