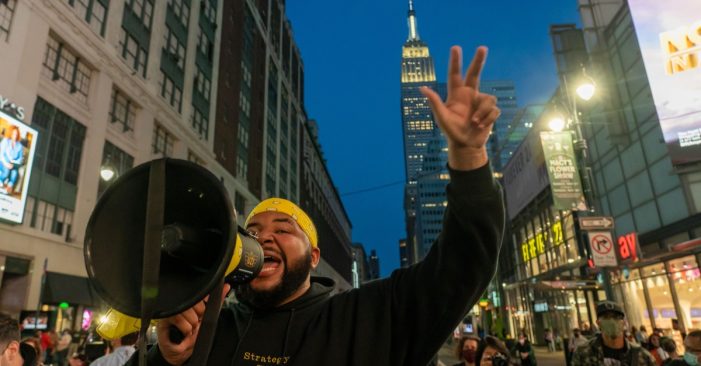 After less than a day of deliberation, jurors have found Derek Chauvin guilty of all charges over George Floyd’s death.

The former police officer was filmed kneeling on Floyd for more than nine minutes during his arrest last May.

Chauvin will remain in jail until he is sentenced.