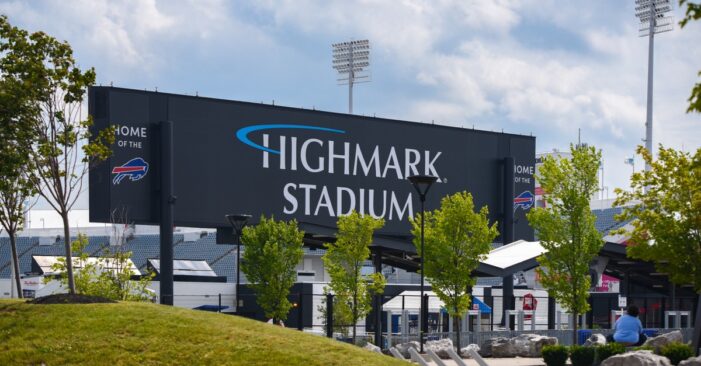 “We play “The Star-Spangled Banner” before every game. You want us to pay taxes too?”—Bill Veeck, former owner of the Chicago White Sox

After the $1.6 billion MetLife Stadium rose up without direct public assistance, it looked as if political leaders had finally kicked the habit of subsidizing billionaire sports owners constructing pleasure palaces. Even the Los Angeles Rams’ new $5.5 billion stadium was paid for privately. Alas, the winning streak ended last week when Gov. Kathy Hochul agreed to hand over $600 million for the Buffalo Bills’ $1.4 billion stadium.

“It is a terrible deal,” said Stanford University economist Roger Noll. “It’s the biggest subsidy in total dollars ever, and, as a fraction of total costs, the biggest in decades.”

An additional $250 million will come from taxpayers in Erie County, meaning New Yorkers will cover 60.7% of the stadium’s projected cost. Bills owner Terry Pegula will kick in just $350 million and the NFL $200 million. Hochul, a Buffalo native, described the arrangement as “the best answers possible.”

She said the project would create 10,000 construction jobs, which sounds like an argument for state-sponsored building. That’s probably not what the governor meant, considering she thinks private money should be used to pay for rebuilding Penn Station. Noll said football stadiums usually employ no more than 150 people in team-related marketing and maintenance jobs.

The governor said public outlays would be more than offset by the Bills’ “economic and tax impacts.” Economic impact in this case refers to dollars spent on tickets, concessions, parking, restaurants and hotels. Owners have long claimed stadiums bring economic benefits, but Noll said years of research shows they reallocate income and jobs by a small amount to the area within a mile or so of the stadium and have little or no effect on income and employment in the city or metropolitan area.

As it happens, Hochul’s husband is general counsel of stadium concessionaire Delaware North. A great look that ain’t, but Hochul caved because more voters are football fans than economists. The Bills threatened before to move to Toronto.

Pegula, the team owner, has a net worth of $5.8 billion and could have paid for the stadium himself. After all, owners own things. It’s why they’re called owners and they prefer not to share when the thing they own is valuable, be it a Picasso, a yacht or a sports team. That’s why Pegula foisted his new stadium onto taxpayers. He knows a dud investment when he sees one.