Is Professor Beckles Being ‘Pushed Out’ of UWI Due to Stance on Reparations? 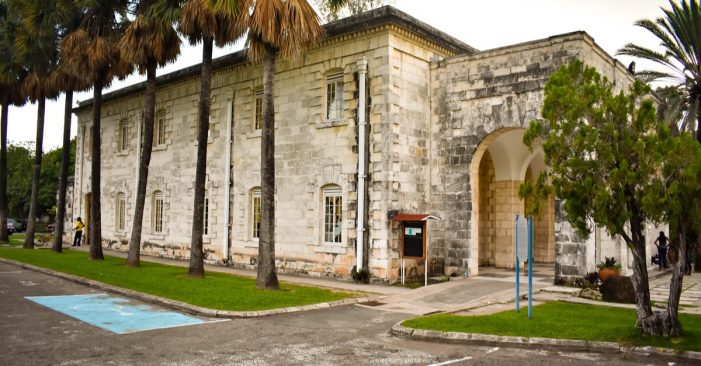 This photo is a Chapel by the University of the West Indies, Mona in Kingston Jamaica. Its a Chapel that has existed since June 1959. (Shutterstock)

KINGSTON, Jamaica: The Co-Chairman of the Global African Congress (GAC) Cikiah Thomas, has written to the Chancellor of the University of the West Indies (UWI), businessman Robert Bermudez, expressing concern over plans to cut short the tenure of Vice-Chancellor of the UWI, Professor Hilary Beckles, and to support his chairmanship of the CARICOM Reparations Commission.

The letter, dated March 8, observed that “the UWI’s leadership has expressed serious concerns about the Vice Chancellor’s principled, consistent scholarly, tireless and brilliant international leadership, to get the former European colonial powers and enslavers, to fully pay for their criminal accumulation of wealth from the most horrific and criminal institutions of chattel slavery in human history.”

The GAC Co-Chair wants to know “what exactly are the concerns regarding the Vice Chancellor’s leadership role in the just struggle for reparatory justice,” pointing out that, “Sir Hilary’s staunch and consistent advocacy, has resulted in the historic agreement between UWI and the University of Glasgow to the funding of development programs of our regional institution to the tune of £20 million, over a 20-year period.”

Below is an excerpt of GAC’s letter to the UWI chairman. Full text is available at www.cawnyc.com

Letter to Robert Bermudez, Chancellor, University of the West Indies from GAC

The Global African Congress (GAC) forthrightly express its concerns about some unsettling developments that have been brought to my attention with regards to the fate of the Vice-Chancellor of the UWI, Professor Hilary Beckles.

I am writing to you at this point to share with you concerns that have been shared with me, which can be found in the public domain via the Trinidadian Express in an article by Selwyn Cudoe, titled ‘Black and Brown People Beware’.

First, my organization and I have been informed, that the UWI’s leadership has expressed serious concerns about the Vice-Chancellor’s (VC) principled, consistent scholarly, tireless, and brilliant international leadership, to get the former European colonial powers and enslavers, to fully pay for their criminal accumulation of wealth from the most horrific and criminal institutions of chattel slavery in human history.

Furthermore, we in the GAC would like to know what exactly are the concerns regarding the VC’s leadership role in the just struggle for reparatory justice?. Shouldn’t the UWI be proud of the VC’s leadership to have the former European colonial enslavers pay CARICOM nations for their crimes against our African ancestors?

Secondly, the GAC and I were also informed that the UWI’s leadership correctly raised deep concerns related to the current financial status of our premier regional institution. However, as we understand it, there was an attempt at conflating the VC’s advocacy for reparatory justice as an unfavorable interference with his ability to mobilize funding for the University.

If this is indeed a concern, it flies in the face of a reality where it’s precisely Sir Hilary’s staunch and consistent advocacy that has resulted in the historic agreement between UWI and the University of Glasgow to the funding of development programs of our regional institution to the tune of Twenty Million Pounds, over a 20-year period. This represents not only the largest funding that UWI has received in its entire history, but more importantly, marks the first-ever agreement for reparations from slavery since our emancipation from the British enslavers in 1938.

Further, I would like to know whether the correlation between the disparate financial challenges of the UWI doesn’t reside more with the equally disparate economic woes of CARICOM economies due in large part to the COVID19 pandemic and less with Dr. Beckles’ international leadership for Reparatory Justice for CARICOM economies.

Respectfully, could I ask you whether those in the University’s leadership who see a conflict between the VC’s advocacy for Reparatory Justice for CARICOM countries and the state of the University’s finances are potentially also concerned about the VC’s ability to attract and advance the role of the business community to play a dominant role in the life of the University?

In closing, I would be remiss if I didn’t once again salute VC Beckles for his exemplary leadership in the international movement for Reparatory Justice against the former European colonial enslavers of the African ancestors of the descendants of the majority of the Caribbean populace.

I also believe that the exceptional leadership role of Professor Beckles as a scholar and academic in the Reparatory Movement is of salutary value to the UWI for two critical reasons. First, I believe that the VC’s leadership helps to elevate not only the academic and scholarly profile of the UWI internationally but it equally elevates the role of the University in arguably the most epic moral and political battle against the most horrific crime committed by man against man.

Further, my organization and I also believe that VC Beckles as a regional and global academic and scholar is the right person to lead the University going forward for two main reasons. First, the VC has given the UWI 40 years of sterling service in the capacities as a lecturer, as a principal, as a professor and now as VC. He, therefore, has a thorough knowledge of the challenges, needs and vulnerabilities of the institution and is no doubt well-positioned to build the institution to meet those challenges and needs and to mobilize its faculty and staff to overcome its vulnerabilities.

Our public needs to be reminded, that it’s under VC Beckles leadership, that UWI achieved the status of being among the 600 leading universities in the world for the year 2019-2020 a first for our regional university and also registering number 40 within the Caribbean and Latin American region. Of no less significance, is his expansion of the physical plants of the UWI to its present complement of 5 – islands campus in Antigua – Barbuda, to add to the 3 original namely Cave Hill, Mona and St. Augustine, plus an Open campus.

In this context, we in the GAC believe that at this time in its history, UWI cannot afford to risk its achievements, its enormous progress over the decades and its potential to sustain the building of a world-class university by putting a non-academic in the position of the VC.

It’s also noteworthy, that VC Beckles has been taking steps according to our understanding, to ensure that the university becomes more accessible to provide education to increasing numbers of Caribbean nations, through the provision of scholarships and other programs particularly targeted at the poorer segments of the regional population. In other words, VC Beckles is intent on making the UWI less elitist and more a vehicle of education for the children of the working and poor people in our region. How could this vision of University education by VC Beckles possibly be seen as going in the “wrong direction?”

Glasgow University has signed an agreement with the University of the West Indies (UWI) to raise and spend £20m in what it called a “restorative justice” program. The money will be used to set up and run the Glasgow-Caribbean Centre for Development Research which will be jointly located at UWI’s Mona campus and in Glasgow. Wouldn’t the University be graduating more engineers, medical doctors, lawyers, economists, chemists, and other professionals to serve the multidimensional areas of the regional development except that more graduates would now be from working-class, peasant and poorer backgrounds?

Why is the latter goal of greater accessibility of University education on the part of VC Beckles not being celebrated?

Finally, let’s not be reticent about addressing issues related to slavery and reparation, as, since emancipation, there has not been an open and honest debate regarding this reprehensible practice and its aftermath that in large part has led to the deformation of our societies.

The people of Israel have set a historic precedent in the struggle for reparation, that we can emulate, where they have sought to inculcate in the minds of their people, through a comprehensive education beginning at the basic school/ kindergarten level up to the university, the horrors of the holocaust wrought by Nazi Germany.

I am looking forward to your responses to the foregoing concerns that I have raised on my behalf and that of GAC as it relates to the future of VC Beckles at the UWI. Thanking you for your time!