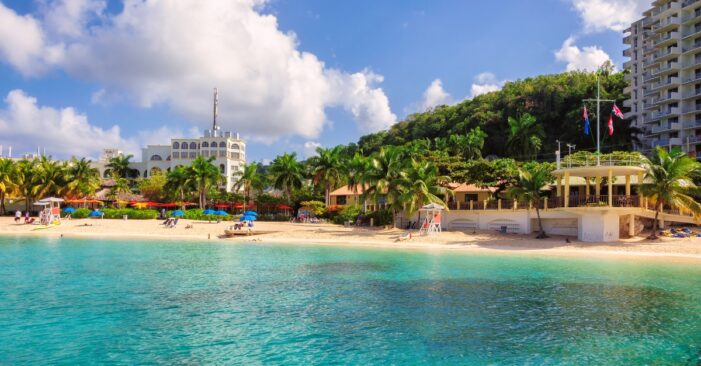 Jamaica Tourism Minister, Hon. Edmund Bartlett, is encouraging members of the Diaspora to invest in the local tourism sector, which continues to drive Jamaica’s economic recovery.

Speaking during the ‘Let’s Connect with Ambassador Marks’ online series, Bartlett noted that: “We have a Diaspora with enormous wealth, experience, capabilities, talent, skill, and connectivity with communities. We need to be investing in capital formation and new enterprises in Jamaica so that Jamaica can build its capacity to respond to the demand that tourism brings.”

He disclosed that one key sector that needs investment is agriculture. He also shared that Jamaica has not been able to produce the required agricultural supplies in the numbers, volume, consistency and at the price point required to supply the hotels.

“The next element that we are moving in on very strongly is to build out the capacity of Jamaica in this current and post COVID-19 period to deliver more on the demand of tourism. We argue that tourism is an extractive industry because we have not been able to supply the agricultural demands of the industry,” said Bartlett.

“It is important that the highest level of production and output be available at all times. When that is not so, it must be had regardless, and therein lies the problem of leakages within the economy. We bring together the potential for increasing the production patterns within our country, which has to be driven by investments or public-private partnerships. So, we also need investments in the manufacturing of various goods that are utilized in the industry,” he added.

“When we look at other services, such as energy, communication, financial, insurance, health, and transportation, billions of dollars are spent on transfers of visitors from airports to hotels and attractions. Investment is also needed in attractions because tourism fulfils the passions of people, and they travel to do just that,” said the Minister.

During his presentation, he also disclosed that the Jamaican Government will be targeting more high-end investments in the sector.

“I think we have reached the level in room count for mass tourism, and we are moving now to high-end. So, it will be lower density and higher-end, with higher average daily rates and stronger input on value-added,” he said.

He also announced that Jamaica would be pioneering Global Tourism Resilience Day in Dubai in the coming weeks, endorsed by major international stakeholders.

“Jamaica is also suggesting to the world that on the 17th of February, starting this year, the world should pause and reflect on the critical importance of building resilience. So, we will be establishing in Dubai, during Jamaica Week, the first-ever Global Tourism Resilience Day. We have had the endorsement of the great gatekeepers of tourism in the world – UNWTO, WTTC, PATA, and the OAS,” he said.

‘Let’s Connect with Ambassador Marks’ enables members of the Diaspora to communicate directly with the Ambassador about mutually beneficial issues and to stay informed about the Government’s policies and programmes, as well as the Embassy’s activities. Jamaican Ambassador to the United States, Audrey Marks is occasionally joined by various distinguished guests, including government ministers, US government officials, key players in various local and international organizations, and prominent members of the Jamaican Diaspora.