Prince William and Kate Middleton are due to arrive in Jamaica on Tuesday amid protesters demanding financial reparations and a royal apology for the country's "colonial past". 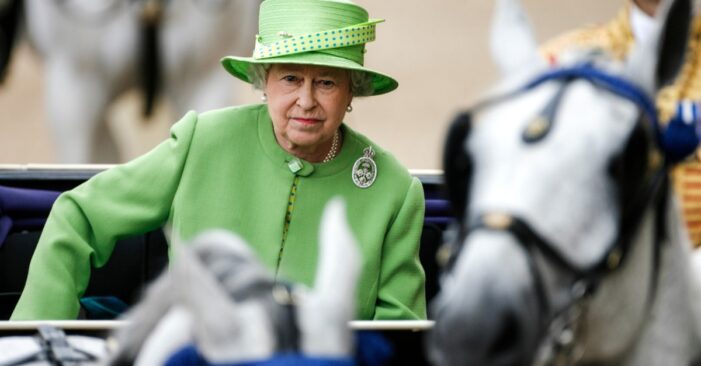 Prince William and Kate Middleton’s royal tour of the Caribbean in celebration of Queen Elizabeth’s Platinum Jubilee continues to encounter resistance as a movement to remove the monarch as head of state of Jamaica is reportedly gaining traction.

According to The Independent, “a coalition of Jamaican politicians, business leaders, doctors and musicians” are pressing for the country to formally sever ties with the monarchy and change the country’s status from a constitutional monarchy to a republic. The coalition has also sent an open letter to Prince William and Kate Middleton, who landed in Jamaica Tuesday afternoon.

Ahead of the island nation’s 60th year of independence from Great Britain on Aug. 6, campaigners are intent on “removing the shackles of [Jamaica’s] colonial past,” according to the report, with many in the country demanding both financial reparations and a formal apology from the monarchy.

The royals have encountered the calls for separation firsthand on this visit, canceling one event in Belize over the weekend amid protests. More demonstrations are expected in Jamaica in the coming days, including one on Tuesday in the capital city of Kingston organized by the Advocates Network, a human rights coalition of Jamaican activists and equalities organizations.

The week-long tour of the Caribbean was intended to have a festive mood in the months between when monarch marked 70 years on the throne in February and when her official Jubilee begins in June — a fact pointedly referenced by Jamaican leaders in their open letter.

According to an earlier report by The Independent, the letter read, in part: “We see no reason to celebrate 70 years of the ascension of your grandmother to the British throne because her leadership, and that of her predecessors, has perpetuated the greatest human rights tragedy in the history of humankind.”

On Saturday, Jamaica’s Culture Minister Olivia “Babsy” Grange addressed the Reparations Council, asking the governmental advisory body to “continue to work impatiently for justice for the atrocities committed against our ancestors, and those which flow from this history and persist against our people today.” She urged them to “step up the pace” on the separation, noting that the time for “talk” was over and now “action” would be required, according to Tuesday’s report in The Independent.

Despite the momentum for the move, the paper also reported that “some resistance from within the Jamaican Government” toward severing the relationship with the royals, noting that Prime Minister Andrew Holness was appointed as a sovereign advisor in the Queen’s Privy Council.

The news was previously reported on Feb. 17 by the New York Amsterdam News, which named former Jamaican Attorney General Marlene Malahoo Forte as the leader in the country’s procedural path “to shift Jamaica’s status as a constitutional monarchy.”

The royals are set to depart Jamaica and head to the Bahamas on Thursday.

The most recent country to sever ties with the monarchy was Barbados, which became a republic during an official ceremony attended by Prince Charles and Rihanna on Nov. 29.

“From the darkest days of our past, and the appalling atrocity of slavery, which forever stains our history, the people of this island forged their path with extraordinary fortitude,” Charles, 73, said in at the event.

He continued, “Emancipation, self-government and independence were your way-points. Freedom, justice and self-determination have been your guides. Your long journey has brought you to this moment, not as your destination, but as a vantage point from which to survey a new horizon.”

In a letter sent to Barbadian President Sandra Mason, who is now head of state, the 95-year-old monarch congratulated both Mason and Barbados on their new status, emphasizing the two countries’ “common values, shared prosperity, and close collaboration on a wide range of issues.”

Signing the letter “Elizabeth R,” the Queen ended her note with “warmest wishes,” writing, “As you celebrate this momentous day, I send you and all Barbadians my warmest good wishes for your happiness, peace and prosperity in the future.”