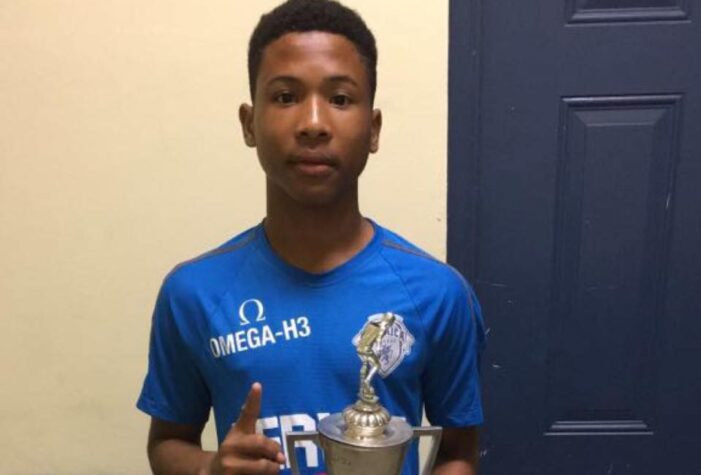 Clyde Jureidini, general manager of the Harbour View football team, announced that striker Oquassa Chong, 20, a former Jamaica College student, has signed a 3.5-year deal to play with the Esbjerg FB team in Denmark. Chong was the winner of the Golden Boot in the league in 2021, but after receiving a work permit and passing his medical examination, he will travel to Denmark to undertake the next phase of his career. Esbjerg FB is a Division One team.

Chong signed with the Danish team after a short 2021 season in which he scored six goals. Ludlow Bernard, Harbour’s head coach, said he was proud of Chong and the growth he exhibited over the past year. When Chong was asked to take on the role of center forward, he expressed surprise, but then found the role allowed him the opportunity to adapt to the league. Joining the Danish team gives Chong the chance to work with its assistant coach, Rafael Van der Vaart, a former Dutch international player.

Chong was a standout at Harbour View FC in the 2020-2021 Jamaica Premier League (JPL) season. The former Harbor View striker was also an exceptional player on the Jamaica College team that won the Manning Cup in 2019, and he rapidly advanced during his senior career, impressing his coaches with his adaptability.

He has been compared favorably to the team legend Jermaine Hue because of his ability in free kicks and because both players were of mixed Chinese descent and came from St. Thomas. Chong said he wants to surpass Hue’s achievements and said that Hue actually introduced him to Harbor View after watching him in a Primary League match for Prospect Primary. Hue took him to Harbour View when he was eight years old. Chong described their relationship as “like family” as Chong’s father and Hue’s father are close and the two players grew up together. Chong views Hue as a big brother.

Under his new contract, Chong will play as a Forward for the NordicBet Liga Esbjerg FC. The side’s next match is scheduled for February 25, 2022, at Sundby Idrætspark sports complex in Copenhagen, Denmark.