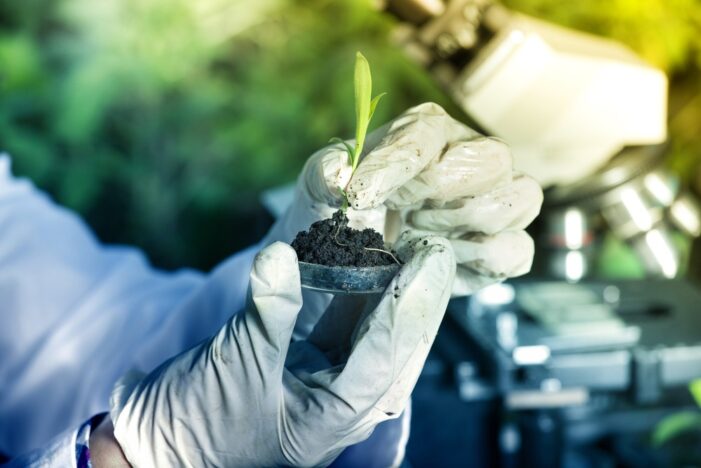 The founder of Algas Organics, the Caribbean’s first indigenous agriculture biotech firm has been celebrated at the just ended Agri-Investment Forum and Expo II in Trinidad and Tobago. Johanan Dujon’s Algas Organics converts the invasive sargassum seaweed into fungicides, pesticides, and crop fertilizers. Dujon was singled out by Gervase Warner, the Chairman of the Caribbean Private Sector Organisation as he addressed the opening of the Agri-Investment Forum in Trinidad and Tobago. Warner touted Dujon as ‘one of the great innovators’ of the region, noting that the bio stimulant produced by Algas Organics was being tested in Florida and having ‘fantastic’ results based on trials conducted. He said the product, which was environmentally friendly and well placed to generate foreign exchange, was nothing short of brilliant. Warner, who is also the President and Group CEO of Massy Holdings noted that the Massy Group has supported Algas Organics through a $100,000 injection through NUDGE and was also helping with business promotion. NUDGE is an initiative aimed to help small businesses find shelf space in selected Massy Stores. Prime Minister Philip J. Pierre also attended the Agri-Investment Forum and Expo II held from August 18th – 21st, 2022.