After Scheindlin’s ruling, Bloomberg referred to her as “some woman” who knew “absolutely zero” about policing.

On Thursday, the day after the stop-and-frisk issue arose during Bloomberg’s first debate as a Democratic presidential hopeful, Scheindlin spoke out about her feelings on the dossier.

“I always looked at that as an attempt to deter me or scare me or somehow instill fear,” Scheindlin, now a lawyer in private practice at the firm Stroock & Stroock & Lavan, told THE CITY.

Meanwhile, Scheindlin said that Bloomberg in Wednesday’s debate distorted his record on stop-and-frisk — a policing tactic he apologized for before embarking on his self-funded campaign for the White House.

The NYPD’s practice of stop-and-frisk began under Mayor Rudy Giuliani in the 1990s, but was dramatically expanded by Bloomberg.

The vast majority of those stopped -— around 90% — were young black and Hispanic men.  Only a small percentage were ever charged.

Bloomberg insisted the NYPD’s actions were essential to fight crime, and defended the strategy amid criticisms of racial bias.

In 2008, the Center for Constitutional Rights and the law firms of Beldock Levine & Hoffman and Covington Burling sued. Bloomberg vigorously fought the case.

The Bloomberg-ordered dossier on Scheindlin’s history surfaced in May 2013, days after the judge presided over a nine-week trial and weeks before she would issue her landmark ruling.

The document purported to compare her record to other federal judges, contending she disproportionately ruled against the police in motions to suppress evidence in criminal cases.

But the report examined only the judge’s written decisions, leaving out numerous instances where she ruled from the bench.

After the dossier surfaced, Scheindlin declined to comment on the propriety of its release during a pending case, though she did note it neglected to mention her oral rulings on suppression requests.

In her interview with THE CITY Thursday, Scheindlin called the report “inappropriate” — but said it had no impact on her decision.

“Did I like that happening in the middle of a non-jury trial? I always looked at that as an attempt to deter me or scare me or somehow instill fear. But it didn’t. Nor did it turn me against the city,” she said. “I thought it was inappropriate in the middle of a trial to conduct research on my rulings.”

Scheindlin said the Bloomberg dossier on her history painted “a distorted picture.”

“I never thought the study was fair because it tracks only written opinions,” she said. “Most judges grant or deny motions to suppress (evidence) from the bench.”

“There certainly was no anti-police bias,” she added. “That was never true.”

After the stop-and-frisk decision, a furious Bloomberg slammed the judge on the radio, never uttering her name.

“Your safety and the safety of your kids is now in the hands of some woman who does not have the expertise to do it,” he said. “What does she know about policing? Absolutely zero.”

Bloomberg filed an appeal, but it was dropped a few months later when Mayor Bill de Blasio arrived at City Hall.

On Wednesday, Scheindlin published an op-ed in The New York Times, writing that she did not believe Bloomberg was a racist, but said he was “misguided because a stop based on racial profiling instead of reasonable suspicon is unconstitutional.”

“The most I can say is he had a pure heart but an empty head: The stop-and-frisk program was very poorly executed,” wrote Scheindlin, who was nominated to the federal bench by then-President Bill Clinton in 1994.

Scheindlin declined to discuss Bloomberg’s reference to her as “some woman” and his statement she knew nothing about policing. “It’s what he believed at the time,” she said.

Meanwhile, she questioned assertions about stop-and-frisk made by Bloomberg and former Vice President Joe Biden during Wednesday night’s Democratic debate. 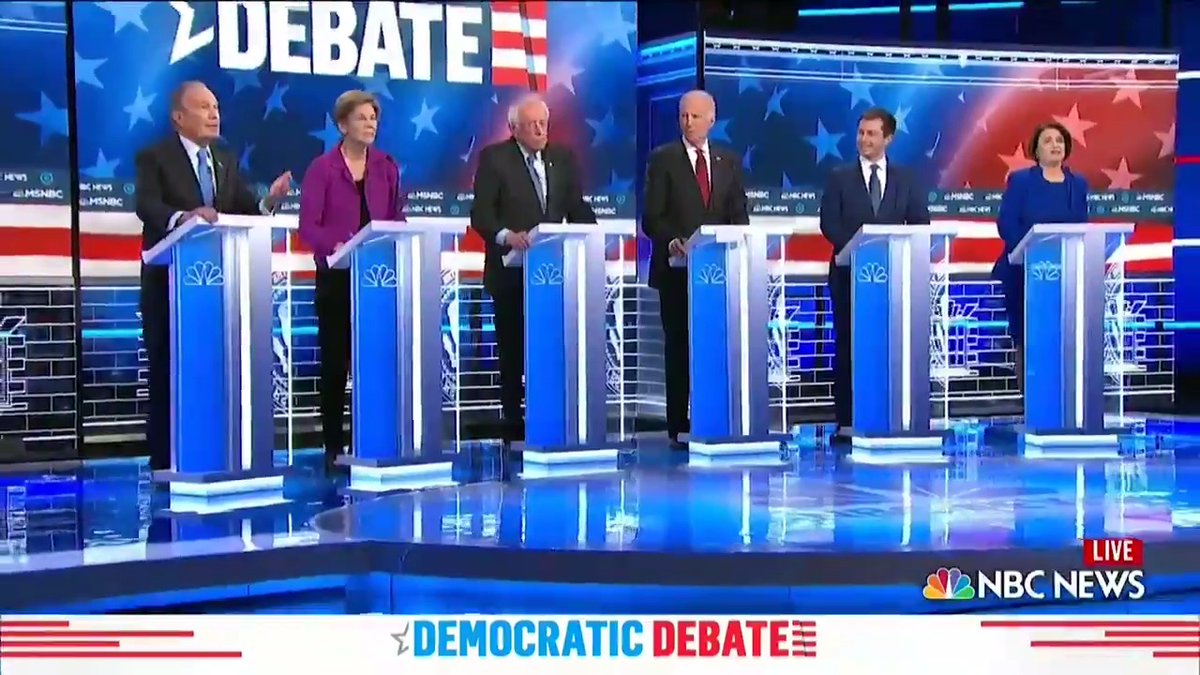 27K people are talking about this

Bloomberg contended he had stopped the practice after he realized it was bad, while Biden said it ended after a “federal monitor” sent by the Obama administration intervened.

The number of stop-and-frisks began to drop on Bloomberg’s watch four years after the lawsuit was filed and as it progressed through the court.

“They were both wrong,” Scheindlin said. “They didn’t stop (stop-and-frisk) because of the intervention of a federal monitor and they didn’t stop because (Bloomberg) saw the light,” she said.

The notion of a party in an active lawsuit researching a judge’s history is not unusual — but releasing the information publicly to raise questions about a jurist’s credibility is nearly unheard of, said Christopher Dunn, legal director of the New York Civil Liberties Union.

“I’ve never heard of another instance where a party has attacked a judge in the way the Bloomberg administration attacked Judge Scheindlin,” said Dunn, emphasizing that he and the NYCLU were not taking any position on the candidacy of Bloomberg or any other presidential hopeful.

Days before he announced his White House run in November, Bloomberg apologized for stop-and-frisk, contending that in his zeal to combat crime, he did not understand the effect the tactic had on the people who were stopped, sometimes repeatedly over course of years.

The topic reignited last week when comments Bloomberg made at the Aspen Institute in 2015 resurfaced. In audio of the remarks, Bloomberg defends stop-and-frisk, stating, “95% of your murders and murderers and murder victims fit one M.O. You can just take the description, Xerox it and pass it out to all the cops. They are male minorities, 16 to 21.”

He subsequently apologized for those comments as well.

On Thursday, Bloomberg’s campaign spokesperson, Stu Loeser, did not respond to THE CITY’s questions about whether the former mayor had any regrets about compiling the report on Scheindlin.