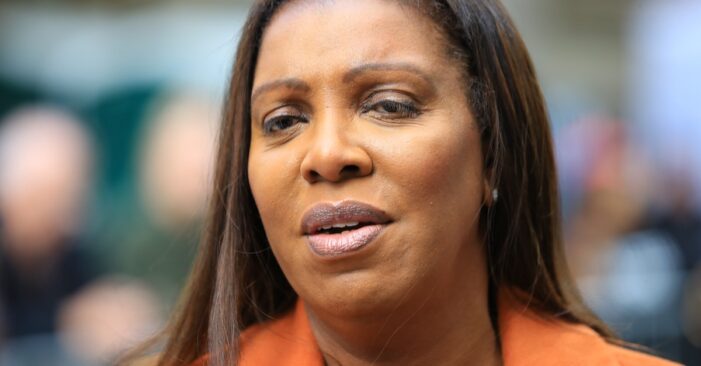 In an unexpected development, state Attorney General Letitia James is suspending her campaign for governor. She will instead run for reelection as attorney general.

First reported by NY1, James quickly confirmed her decision to drop out of the race on Twitter.

The news comes just two months after James announced her run for governor. “I have come to the conclusion that I must continue my work as attorney general,” James tweeted. “There are a number of important investigations and cases that are underway, and I intend to finish the job.” Her office is expected to issue a subpoena to former President Donald Trump as part of a civil fraud investigation, news that broke the same day.

The timing of James’ launch – a day after news broke that the Albany County sheriff had filed sexual misconduct charges against former Gov. Andrew Cuomo – has gained scrutiny, as has her office’s involvement in Cuomo’s fall from grace, which at the time spawned rumors of her gubernatorial aspirations. Although she has been a mainstay at various political insider events, James’ campaign has been notably quiet in the public.

When reached for comment, a spokesperson for Gov. Kathy Hochul said she would provide comment at her COVID-19 briefing this afternoon.