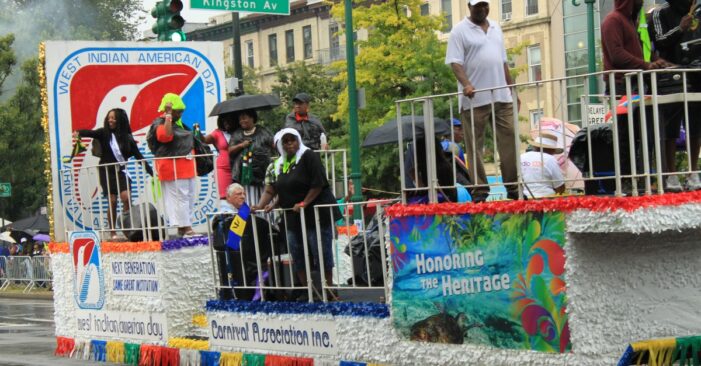 NEW YORK — Inside a Flatbush Avenue cafe covered in tropical flowers, Allison Dunn, an immigrant from Jamaica, blends sorrel into a smoothie. The red drink, often enjoyed in the Caribbean, is made of hibiscus flowers.

“I wanted to capture that feeling that you have around the holiday time and bring that here to Brooklyn,” said Dunn, the owner of Hibiscus Brew, which opened in September 2020.

Her mother makes the sorrel used in the colorful concoctions. Dunn said despite the challenges she faced to get this business running, she wanted to create something that reminded her and other Caribbean immigrants of their home country.

“I really wanted to create a space that sparked joy for people,” she told CBS2’s Hannah Kliger on Monday.

There are thousands of stories like this in Brooklyn’s “Little Caribbean,” a community formally distinguished in 2017. It’s the first and only such designation in the world, recognized for having the largest and most diverse Caribbean population outside the West Indies. Shelley Worrell, the founder of Caribbeing, spearheaded the movement.

“I wanted to know why one of the largest immigrant populations did not have a community on the map, and nobody could really answer that question back then,” Worrell said.

Now tours run through the area. Last week, local leaders came out for a recent one in honor of Caribbean Heritage Month. State Sen. Zellnor Myrie said he’s worried about rising housing costs in this community.

“I was born and raised not too far from here, I still live here but only because I have a rent-stabilized apartment,” said Myrie, expressing concern that the issue could alter the nature of the neighborhood.