The Best Man for the Job May be a Woman. A Leader Like Never Before: Maya Wiley Is Ready to be the Next Mayor of New York City 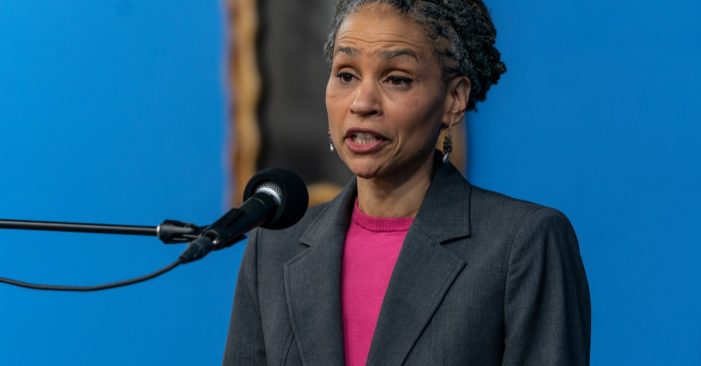 In the whole history of mayoral elections in New York City, there has never been a female elected as Mayor. Democratic candidate, Maya Wiley, hopes to change that this 2021 mayoral election. Wiley wants people to see beyond the fact that she is a female candidate and see her as the most qualified candidate for the position. In this year’s crowded mayoral race, there are a total of two other women running for the position, with Maya Wiley, alongside the many male candidates who are hoping to fill the seat when current New York City Mayor, Bill De Blasio, vacates the position.

During this pandemic, New Yorkers have been concerned about multiple issues affecting the city, including the COVID-19 recovery, lack of jobs, the state of small businesses, access to affordable housing, and more. Most New Yorkers are looking for a candidate with strong leadership skills to select as the next Mayor of New York City-based on recent voter polls. Although never elected to a political office in the past, Maya Wiley hopes that her extensive career experiences demonstrate her leadership ability. Ms. Wiley is an experienced attorney and civil rights activist. She has worked with the National Association for the Advancement of Colored People’s Legal Defense Fund (NAACP) and co-founded a non-profit organization, among other things. While Maya Wiley was working as an Adviser for current New York City Mayor Bill De Blasio, he appointed her to a leadership role within the city’s Civilian Complaint Review Board. According to reports, Wiley is known in each of her various positions as someone who got results.

Ms. Wiley is confident she can function well as the next Mayor of New York City and get New Yorkers’ results. The donations and endorsements Maya Wiley has collected indicate there are many others who also believe that she is the best candidate to assume the position. Wiley has received major endorsements from Make the Road Action, a prominent pro-immigrant group, Labor Union 1199SEIU, the largest union, and various women’s groups. She also has the endorsement of the Working Families Party, Representative Hakeem Jeffries, Yvette Clarke, and Nydia Velasquez, tenants’ groups, the Jewish Vote, Lesbian and Gay Democratic Club of Queens, New York City Council Members Stephen Levin and Helen Rosenthal, entertainers, activists, and more. According to recent reports, Maya Wiley’s campaign not only qualified for matching funds but has more than 8,000 donors, putting her in the top three of the long list of mayoral candidates regarding fundraising dollars collected.

“Maya’s the one who’s going to lead us forward through this pandemic and engineer the greatest comeback in New York City history,” said Congressman Hakeem Jeffries. According to Gloria Steinem, “I believe a vote for Maya is a vote for a unified, just and enjoyable future.” Maya Wiley says she is running for Mayor “…to build a recovery that lifts up all of our communities.”

During an exclusive interview with Caribbean American Weekly, Maya Wiley discussed her run for New York City Mayor. Ms. Wiley shared her views on the immigrant community, poverty, education, and other issues pertinent to aiding the recovery of New York following the challenges that were exacerbated during the COVID-19 pandemic. Wiley discussed her previous career experiences and what she plans to accomplish as the next Mayor of New York City.

Listen to an interview with Maya Wiley on “Running for Mayor of NYC” below:

The Immigrant Community
“For me, the issues that our immigrant brothers and sisters face are central to the things that we must fix so this is a city we can all live in with dignity. That means that our people: the Caribbean Diaspora, who are our residents, our people, whether they have documentation or not, are contributing to this city, are our essential workers, are paying taxes, and deserve the full recognition of the city government for what they add to communities. For me, that includes making sure immigrants can vote in municipal elections exactly as that used to happen in our school board elections. I support that because we need to have a vote to have a voice, and anyone who is building communities in this city and being part of our solution has to have a voice.”

“I founded The Center for Social Inclusion, where we focused on dismantling structural racism. Having the right to vote is central to having a voice that builds power and shapes government. We must make sure all Green Card holders have a right to vote, and we make sure we are doing the proper education so that people know how to vote, where to vote, and have many options to vote.”

“Government can be more transformative and invest in our people differently. What it takes is focus, vision, partnership, and will.

This is a historic opportunity in this crisis to do things differently, so this city actually works for all our people and communities of color, our immigrant communities. This amazing Diaspora actually gets the focus, investment, attention, and respect that it deserves.” Wiley acknowledged the struggles of the taxi drivers, some of whom are of Caribbean descent, and said she would, “…create a program to help taxi drivers get out of debt.” “Taxi drivers took a huge hit during this pandemic and were taken advantage of by Medallion with their loans. Many taxi drivers are in huge debt. This plan will aid the taxi drivers. Many of the health care workers, who are of Caribbean descent, struggle to meet the cost of childcare and eldercare so they can go to work.

Wiley said her administration “…will create community care centers…” to meet their needs. There will be “$5,000 a year for our neediest families to support their families. You won’t have to have documentation to be eligible for these grants. That will be very important to our Caribbean American residents, who do not have papers and who struggle to care for their families.” 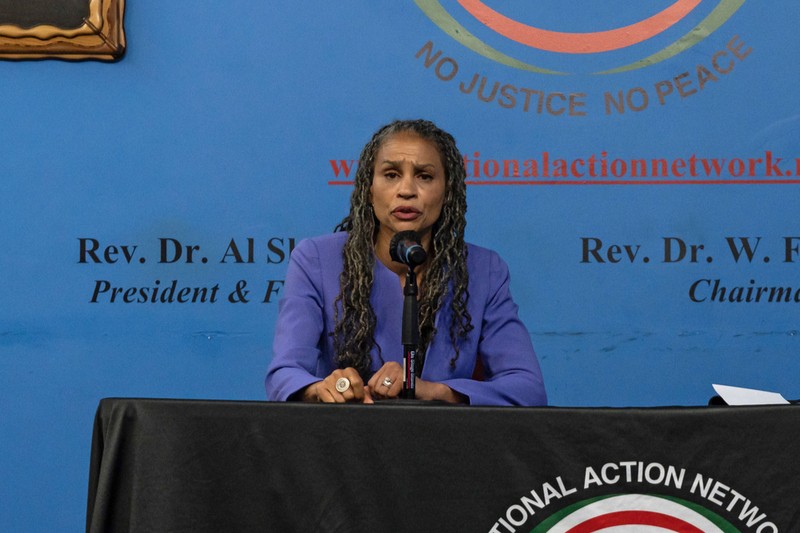 Making a Difference
During her time working in City Hall as Advisor to Mayor Bill De Blasio, Maya Wiley led the fight to increase funding for women and minority businesses through the city’s MWBE program. She found money in the budget and brought together four different agencies to ensure that every family in the Queensbridge neighborhood of Queens, New York, had free broadband. During this COVID-19 pandemic, we’ve seen the importance of providing broadband for all households. Maya Wiley said her administration would “…create 100,000 new jobs…and more affordable housing.”

“I’ve always worked on the ways that racism perpetuates poverty in our community and how to solve them.”

Education
Maya Wiley told Caribbean American Weekly she would end all discriminatory enrollment policies and increase access to funding to improve the quality of schools in Black and Brown neighborhoods. She discussed three main issues her administration will focus on to improve the education system in New York City: hiring 2,500 new teachers to decrease classroom size; providing trauma-informed care to address the total health and well-being of each student; and eliminating the outside issues affecting classroom learning and creating community schools. “What that means is a model that says we must be in partnership with our community-based organizations… that’s also going to help us ensure that we have wrap-around services for families. This model strengthens the educational attainment of our children.”

What makes Maya Wiley the best choice for the next Mayor of New York City?
Wiley says she plans to make New York City “…a more equitable city and a better place to live.” She told Caribbean American Weekly, “I’m the only candidate in this race who actually knows what it feels like, both to grow up in a Black neighborhood, to be a mother of children in this city, and to have worked to be a changemaker as a civil rights lawyer. But also know what it is like inside City Hall, to know what it is like to make that change and push for that change through government. I am not running for Mayor because I needed a career change. I’m running for Mayor because it’s part of my mission. It is this time, at this moment, having a Black woman, who is a mother, who is a civil rights lawyer, but also knows how government works, is, I think, what we need in this city, and that’s what makes me different from all of the other candidates.”