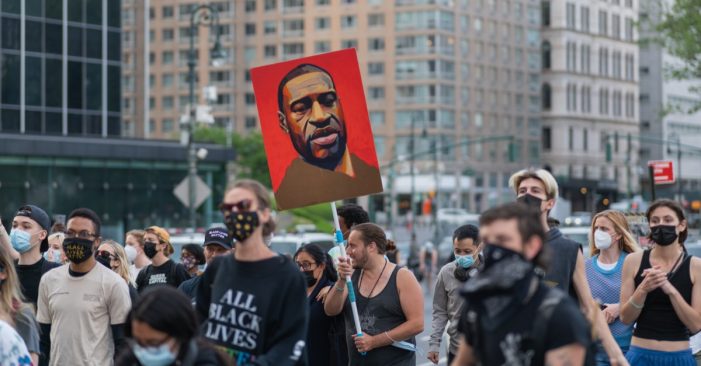 New York — On the one year anniversary of the murder of George Floyd, Maya Wiley released the following statement:

Those were the words of little Gianna Floyd, just days after her father’s murder.

Make no mistake about it, the murder of George Floyd galvanized the world to fight to change policing. We protested all last summer, held our breath and breathed an historic sigh of relief with the murder conviction of former Police Officer Derek Chauvin. But we have not yet made the world safe to breathe while Black. George Floyd should be alive today. So should Adam Toledo, Tamir Rice, Eric Garner, Ronald Greene, Daunte Wright, Breonna Taylor, Deborah Danner, Sean Bell, Sandra Bland and so many more who were all taken from us too soon. Until we are able to overcome the racism and injustice that led to his death, we still have a lot of work to do.

Until we are able to create a world in which little Black and brown boys and girls like Gianna Floyd can feel safe and valued, then we still have work to do. And in that pursuit, even as we fight to keep communities safe, we cannot allow ourselves to backslide in our journey for fairness and equality. We also know that real justice was not granted by the jury who convicted his killer. Real justice would be if George was still walking among us today.

We as a nation have not fully addressed the systemic racism rooted in every aspect of our society, and we have not yet realized what we must do to overcome it. This act of police brutality showed the world that it’s time that our pleas for equity, respect, and justice are heard and actualized. I know what it is to be Black in this city, and I know George Floyd’s murder will not go in vain when I am Mayor. We—as a city and as a country—must do better.

My thoughts are with George Floyd’s family today and every day to come. Let May 25th stand every year as a day of remembrance and of action, when we hold fast together and recommit ourselves to the greater and lasting fight for justice.”