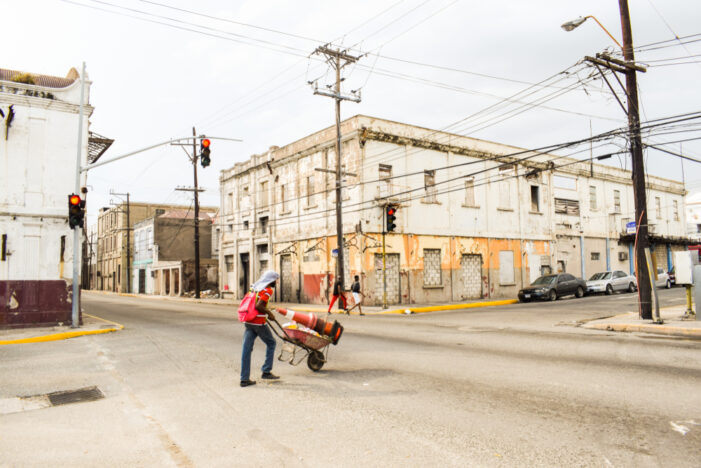 KINGSTON, Jamaica, November 15, 2022: Faced with a serious increase in the murder rate across Jamaica, the government has announced the imposition of states of emergency in Seven parishes – St. James, Hanover, Westmoreland, Clarendon, St. Catherine – and parts of the Corporate Area, Kingston and St. Andrew.

The security measure was announced at Jamaica House on Tuesday morning by Prime Minister Andrew Holness and comes in the wake of a significant rise in the levels serious crimes, particularly murder, this year. Statistics show that there has been a 6.8 per cent increase in murders this year over 2021 and according to Police Commissioner Antony Anderson, November 13 there had been 1,360 murders since the start of the year.

According to Prime Minister Holness, gang activities in many sections of the country have given cause for “grave concern.” He used the facility of the press conference to appeal for support from opposition People’s National Party for the imposition of the States of Emergency. The PNP has argued that SOEs are not an effective tool to be used to fight crime. The PNP has long maintained that the government cannot continue to use the States of Emergency as a normal crime fighting tool as it was meant to be used as an extraordinary measure for a short period of time.

Opposition Spokesperson on National Security Peter Bunting has maintained that the States of Emergency have not proven efficient. Mr. Bunting accused the Government of implementing SOEs as a means of distraction and pointed out that the members of the security forces suffered financially amid the SOEs.

Earlier in the year, Bunting has dismissed the state of emergency in western Jamaica as a mere “PR stunt” by the Andrew Holness-led administration with no positive effect on crime. Bunting Charged then that the young men being detained under the states of emergency (SOEs) were not children of privilege, if so, the outcry from Jamaican citizens would be so strident that the Government would be forced to immediately revoke them.

“If two dozen young men, the sons of the leaders of the private sector or the sons of those living in upper St Andrew were detained without charge for one week in this country, we would have no more states of emergency. It would not be tolerated,” Bunting said while addressing a recent press conference of the Office of the Leader of the Opposition However, In support of his argument, for the imposition of the State of Emergency was the result of gang operations, the Commissioner reported that gang killings accounted for 71 per cent of the murders committed.

The Prime Minister, answering questions at the press conference, reiterated the “abnormal” level of serious crime in Jamaica, which requires strong measures in response. He said criminal organizations are seeking to corrupt and integrate legitimate agencies into their networks, and to influence government policies and outcomes.

That threat to the legitimacy of the state must be combatted, he stressed.