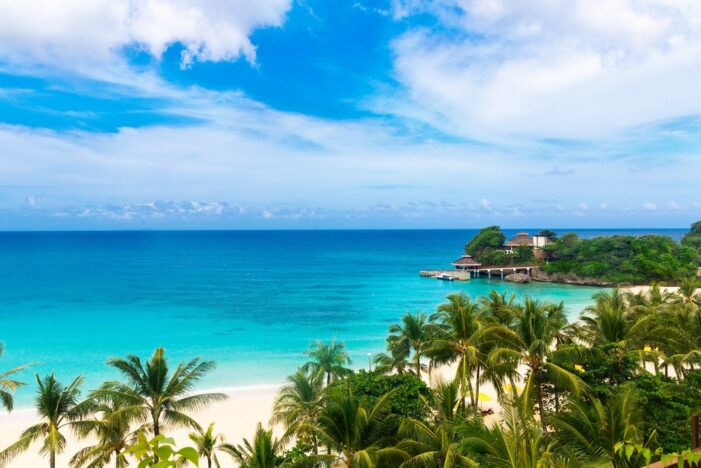 The Caribbean Sea is renowned for its clear waters, teeming coral reefs, and vibrant coastal ecosystems, but these habitats don’t exist in a vacuum: Their fate is tied to the health of the broader ocean, including the high seas, the areas beyond national jurisdiction 200 nautical miles from shore.

The high seas, which are outside the control of any one nation, cover nearly two-thirds (64 per cent) of the world’s ocean and support diverse marine life that is critical to the health of the ocean, climate, and people.

Currently, only about one per cent of the high seas are protected. While there are laws governing certain activities on these waters, including fisheries, seabed mining and shipping, there are large gaps in those policies, which means coordinating protections, such as the creation of marine protected areas (MPAs), can slip between the cracks.

Soon, however, those gaps could be filled by a more comprehensive approach to conserving ocean resources. Countries, including those from the Caribbean Community (CARICOM), are meeting at the United Nations headquarters from August 15 to 26 in New York City for the fifth Intergovernmental Conference to finalize an international legally-binding agreement to improve governance of—and protect biodiversity in—the high seas. This new treaty would benefit all who depend on a healthy global ocean, including CARICOM member states.

Protecting these remote ocean areas would have local and regional benefits. Those include preserving iconic species that migrate between the high seas and the adjacent CARICOM exclusive economic zones (EEZs), for example, whales, dolphins, and economically important fish stocks such as tuna and swordfish.

Located in the North Atlantic Ocean adjacent to the Caribbean region, the Sargasso Sea contains high concentrations of marine biodiversity not found elsewhere. It represents an important nursery for many endangered species, such as the green sea turtle, and is vital to the productivity of commercial Atlantic fisheries, valued at an estimated US$100 million per year. Species yet to be discovered in these waters may also hold the key to tackling global disease. For example, tests used to diagnose COVID-19 and other pandemics were developed with the help of an enzyme isolated from bacteria found in the deep ocean at marine hydrothermal vents.

Currently, most Caribbean governments and other developing and small island nations have limited capacities–financial, human, and technological—that prevent them from engaging in marine scientific research in the deep sea and accessing the rewards of conservation efforts. Building the capacity to effectively conserve and manage these vital marine resources is important not only for CARICOM members but for other countries hoping to fulfill their international obligations and commitments to protect the high seas. Given that the high seas are the global commons and the common heritage of mankind, protecting these ecologically connected waters, particularly those in the Caribbean region, benefits us all.

A high seas treaty with provisions for non-monetary and monetary benefit sharing and a strong and equitable suite of capacity building and transfer of marine technology (CBTT) provisions will ensure CARICOM nations can fully implement and benefit from this new Agreement. Of necessity, the new Agreement should include arrangements such as resources to support assessments to better understand gaps in capacity, open access to digital sequence information, data and technology, adequate and reliable sources of funding, and mechanisms to facilitate partnership and cooperation – critical to the success of implementing the treaty.

To this end, CARICOM is pushing for a strong institutional mechanism within the new high seas treaty text to better manage our ocean, fair and equitable benefit sharing and meaningful capacity building and transfer of marine technology.

For example, we believe that the creation of a CBTT Committee tasked with delivering capacity building would greatly contribute to this. Among its functions, the proposed committee would assess the effectiveness of CBTT programs and projects and review gaps and challenges. The CBTT Committee would also analyze the needs and priorities of developing countries, including the support required and what has already been provided. As small states with limited resources, access to adequate funding is fundamental to delivering CBTT in the region.

A healthy ocean is paramount to livelihoods, social wellbeing, environmental sustainability, and economic security in CARICOM. At the last round of negotiations for a high seas treaty in August, UN delegates must ensure that a new high seas treaty contains the provisions to conserve and sustainably use our ocean’s resources and to enable CARICOM nations to deliver fully on the agreement.