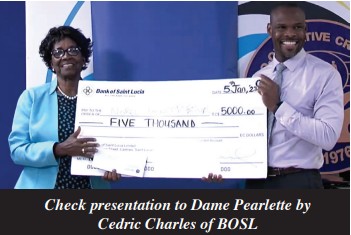 St. Lucia has begun its thirtieth commemoration of the Nobel Laureate Festival which celebrates the life and legacy of Nobel Laureates Sir Arthur Lewis and Sir Derek Walcott.

The theme this year is “Creating Excellence, Nurturing our Creativity, Consolidating our Legacy”.

Dame Pearlette made a plea for national support saying the festival is not for a few but something the whole nation should embrace and claim.

Communities of Babonneau, Gros Islet and Canaries have announced their participation in the celebrations with activities of their own, joining Laborie, longtime participant of the festival.