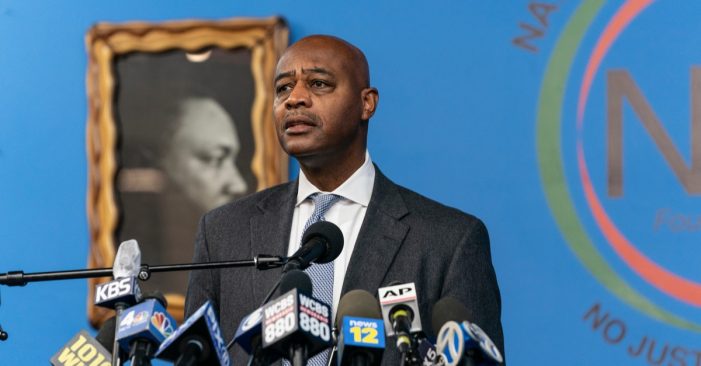 After months of Zoom discussions, WABC radio did something refreshing last week: hold a real, live, in-person, debate, with candidates standing at podiums and talking to each other (not at a screen). The three supposedly leading candidates declined to do the hard work of showing up, giving Kathryn Garcia, former sanitation commissioner, a chance to shine on the stage.

Garcia easily performed the best. First, she was natural and comfortable; she and Wiley were the most at ease on the stage. “I am the city’s crisis manager,” Garcia said, referring to her “boots on the ground for the last 14 years” getting the garbage picked up and the snow plowed.

“You can’t pick up the garbage from home,” she said. “We kept working,” until she resigned last September to run. “No one else on this stage has that experience of working through the pandemic,” with the Sanitation Department having been responsible for delivering a million meals a day to needy New Yorkers.

She also gave the most direct answers on questions that need answers now. On evolving our behavior as the pandemic evolves, she said she was glad to know that “I don’t need to wear a mask outside . . . that that is safe for me and safe for the rest of the community.”

She added: “I do believe that we should have schools opening right now. We have been late.”

She had concrete answers on where New York City needs to invest its money, from rebuilding the Brooklyn-Queens ­Expressway to former subway chief Andy ­Byford’s “Fast Forward” plan — remember the subways? — so that underground signals “are raring to go.”

When asked about bail “reform,” her first impulse wasn’t to declare success about emptying the jails. It was to acknowledge that “we have seen an uptick in crime in this city, an uptick in shootings, in . . . hate crime” against Asians, “in crime on the subway.”

She pointed out, too, that when it comes to better policing, she has managed a large, uniformed, unionized workforce. (On public safety in general, Wiley was the outlier in this crowd, in being most aggressively in favor of cutting the police budget.)

Garcia was gracious to her ­opponents, as was Wiley, whose main proposal was to add 2,500 more teachers to reduce class sizes.

In contrast, Donovan and McGuire sniped at each other. For some reason, Donovan continues to accuse McGuire of single-handedly starting the mortgage crisis of more than a decade ago while still at Citigroup. Yet Donovan never provides any evidence, and this line hasn’t gotten any traction for months.

McGuire does need to give an answer on why he won’t release his tax returns. It’s perfectly fine for him to say how much he made at the bank is none of anyone business, but it’s strange to pretend he didn’t hear that question.

Still, McGuire’s idea to let small businesses keep their city sales taxes for a year is a solid one. It’s a far better use of federal relief money than yet more government spending.

And he was the most forthright candidate in saying that bail “reform” needs reform: “The system needs to be ­adjusted,” he said. “Crime is soaring, and we feel a lot less safe.” (He has adjusted this opinion over the last few months, which is a good sign; he can adapt as evidence becomes clearer.)

Donovan is a capable manager — he has far more experience than Andrew Yang does. But he depends too much on saying he will rely on his “friends” in Washington to get New York its fair share of money. The city has already received massive federal relief, and New York ­already has an effective bring-home-the-bacon champion in Sen. Chuck Schumer.

Speaking of Yang, Brooklyn Borough President Eric Adams, and Comptroller Scott Stringer: None of them bothered to show.

As beneficiaries of the city’s campaign-finance system, they will have to debate, starting later this month. They had better hope the ­undecided voters — still enough to tip the election — haven’t moved on by then.