"I pray to God that each one of us can make his or her own small gesture of love," Pope Francis says in a new PSA. "No matter how small, love is always grand." 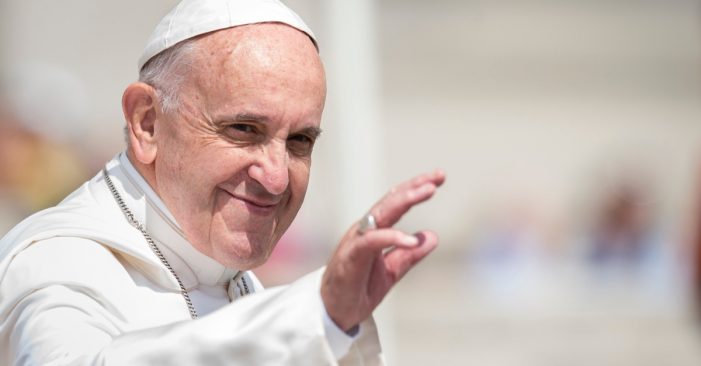 Pope Francis is urging people to come together and get vaccinated.

The pontiff, 84, teamed up with the Ad Council, a nonpartisan and nonprofit organization, to film a global PSA released Wednesday. The three-minute video addresses the importance of receiving a COVID-19 vaccine to change the course of the pandemic.

“Thanks to God’s grace and to the work of many, we now have vaccines to protect us from COVID-19,” he said in the clip, which features the Pope speaking in Spanish with English subtitles. “They bring hope to end the pandemic, but only if they are available to all and if we collaborate with one another.”

Pope Francis continued, “Getting the vaccines that are authorized by the respective authorities is an act of love. And helping the majority of people to do so is an act of love. Love for oneself, love for our families and friends, and love for all peoples.”

He ended his message with a call to action, saying, “Getting vaccinated is a simple yet profound way to care for one another, especially the most vulnerable. I pray to God that each one of us can make his or her own small gesture of love. No matter how small, love is always grand.”

Wednesday’s PSA comes as the world continues to fight COVID-19 and its evolving virus strains, including the recent, more aggressive Delta variant that’s been ripping through the unvaccinated population in the U.S.

While COVID-19 cases are spiking again in certain states, some previously unvaccinated Americans have been persuaded to get the vaccine after holding out for months.

A June survey conducted by the Public Religion Research Institute and Interfaith Youth Core nonprofit groups found that vaccine acceptance was rising among religious groups in America. They reported that Hispanic Catholics reached 80% vaccine acceptance, up from the previously reported 56% in March. White Catholics saw a rise in vaccine acceptance as well, increasing over 10 points since March to reach 79% in June.

Texas A&M University media and religion professor Heidi A. Campbell told The New York Times that messages about vaccines from religious leaders could have the power to reach people looking for a source with “divine authority.”

“If you’re used to your pastor being a cultural critic or a social commentator, then whether he’s talking about the election or a social movement or the vaccine, you’re more likely to listen to him,” she said.

“You’re going to give whatever he says more street cred, because it comes with an air of divine authority, which he wouldn’t have if he was just a teacher or a news commentator,” Campbell added.

While the U.S. hit its 70% vaccine milestone earlier this month, Americans are expected to need booster shots in the fall to help protect against COVID-19 variants. The Biden Administration is working on a plan for Americans with either the Pfizer-BioNTech or Moderna vaccines to receive a third shot, with a rollout slated to kick off in September.