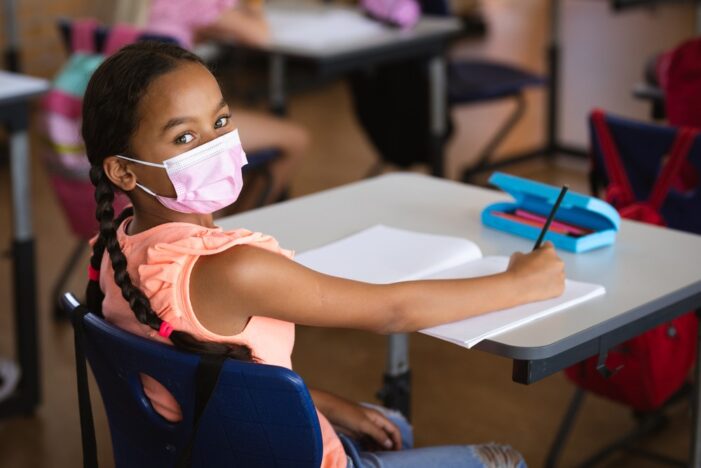 Pre-dating the Brooklyn Bridge or the Empire State Building, the New York State Regents Exams, established in the 1860s and given in grades 9-12, are the bedrock strata for the current system of using tests to evaluate schools. As with standardized State tests administered in grades 3-8, their outcomes have come to directly impact school funding, enrollment, and public reporting of performance.

In 2018, New York State magnified the impact of all these tests by adding a statewide ranking system. It forces competition between schools and always guarantees that 50 percent of them are ranked as not meeting expectations and 25 percent as needing targeted or comprehensive improvement. They must demonstrate sharp gains over several years to shake this designation.

The Covid-19 pandemic disrupted this system, and that’s not necessarily a bad thing. It’s a system that has tended to exacerbate inequities. Even as high-achieving schools have self-selected high-achieving students, other schools have been restricted from establishing any enrollment criteria at all. They’ve been trapped in a negative feedback loop, working to meet basic survival needs of students from vulnerable populations while competing with elite, high-performing schools on tests neither relevant to nor reflective of their students’ daily lives.
State education leaders are now grappling with the consequences of this disruption. Disappointingly, they’re grasping at solutions that may do no harm, but don’t do enough good, either.

Because of the pandemic, New York State, with permission from the United States Department of Education (USDE), suspended mandated standardized exams for grades 3 through 12 for two and a half years. For the first time, all schools were on a level playing field, each left to determine student needs, the best instructional focus, and how to assess students’ progress over time within their local context.
Then in June, the USDE rejected all waivers for suspending future exams and accountability mandates. The State will now be expected to resume accountability ranking and reporting based on State tests and Regents Exams using data collected from the 2021-2022 school year.
For a number of reasons, however, this demand is actually impossible for New York State to meet. Covid-related waivers for student graduation requirements and a powerful movement among families to opt out of the State tests had a major impact on participation and performance rates in the June 2022 exam cycle, the results of which have yet to be made public. Additionally, many elements of the accountability system use data compiled over four school years to make determinations about a school’s rating – and of course, such data doesn’t exist given the disruption in testing that began in March 2020.

There also are significant apprehensions about what test score data will look like when it’s collected. Concerns about learning loss after interrupted schooling and an inability to monitor student performance on State tests has the educational community bracing itself for significantly low student test scores. This would have a big impact on how historically successful schools would rank in reporting, and would heighten public concern about the state of education. The last time elite, high-achieving schools performed poorly on State tests was in 2013, when tests related to “Common Core Standards” were assessed for the first time. That generated a massive political backlash against the Common Core Standards and eventually led New York to repeal their adoption.

So, caught between a rock (testing and accountability must resume) and a hard place (the expectation that test results will be shockingly negative), the State has chosen to change the rules of the game. At its October meeting, the Board of Regents unanimously affirmed an emergency measure to modify the existing State Education Department accountability system, drastically simplifying the metrics used to evaluate schools for the 2021-22 school year and, perhaps, permanently thereafter.

Undoubtedly, returning to the pre-Covid status quo risked long-term harm to schools struggling to meet student needs and might increase public fear about effectiveness of the education system. It would have done nothing to improve curriculum, instruction, or social-emotional supports to students.

Nevertheless, the Regents’ decision will also ensure that nothing else actually changes. Schools that have traditionally been in “good standing” will remain so. Schools previously identified as needing improvement will find it difficult to shake their status given that they would need to show gains that outpace their pre-pandemic performance, during a time in which all schools have seen major declines.
The memo explaining the emergency policy calls it “necessary for the preservation of the general welfare.” That begs the question: Whose general welfare? The general welfare of the education system as an institution? The welfare of public confidence in the system?

If we’re changing the rules of the game, why not instead create a clean slate for all schools and set 2022 as the new baseline for accountability? Why not give schools three years going forward to demonstrate progress from the three-year pause in testing? Why not eliminate the ranking system completely and instead report on a school’s ability to make progress compared to their previous performance?

To be clear: Most people agree there should be some process that measures students’ knowledge and skills in core academic subjects, certifying student achievement and giving tangible value to a diploma which represents the prerequisite knowledge and skills needed to join the workforce or be successful in higher education. A standardized testing system that gives all students the same test, on the same day, with the same grading scale is generally viewed as valid, reliable, and necessary to sustain the public’s confidence in an effective system of education.