He is the symbol of a long racist, imperial, and colonial history, and should be remembered as such. 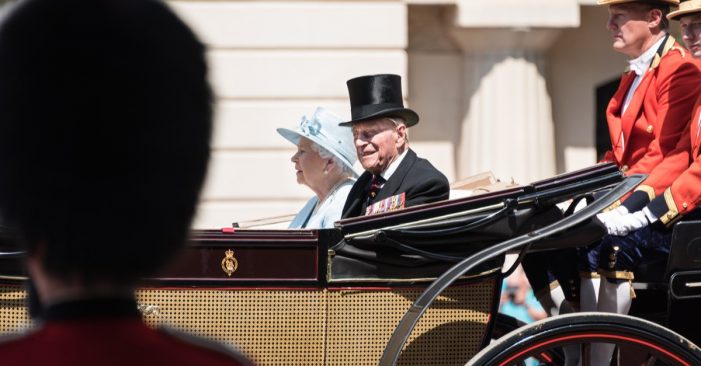 Prince Philip, Duke of Edinburgh, rides next to Her Majesty Queen Elizabeth in a carriage during Trooping the Colour, her annual official birthday celebration. – London/England – June 17, 2017

Having lived 99 long years, Prince Philip, Duke of Edinburgh, died on the 9th of April 2021.

Offbeat marks of affection, manifestations of British humor, or frankly inappropriate or even stupid remarks: Prince Philip has never ceased to feed a repertoire of blunders which the media reveled in, to the point of publishing a “best of” on each of his birthdays.

A bad sense of humor or just racism

Some of his jokes manifested a form of aristocratic condescension, even xenophobia or imperial racism.

To the President of Nigeria who received him dressed in the traditional boubou, the Prince said in 2003: “You look like you’re ready for bed!”

To an aboriginal, he asked in 2002: “Do you still throw spears at each other?”

To an Indian boss, at a ceremony celebrating the UK’s diversity in 2009: “There are a lot of people from your family tonight!”

“What exotic part of the world are you from?” He asked a Jamaican Lord. “From Birmingham,” the Lord replied.

Other blunders by the Duke of Edinburgh must not have made those they targeted laugh. To a group of deaf children standing near a steel drum orchestra in the Caribbean in 2000: “Deaf? If you’re near there, it’s no wonder you’re deaf,” he blurted out.

A conservative at heart

The defense of guns and “good old values” ​​fueled other protrusions of the Prince. Amid a debate on the ban on weapons, after the 1996 massacre in a Scottish school, he questioned: “If a cricketer breaks into a school and kills a lot of people with a bat, will cricket bats be banned?”

The Prince Consort was also known for his particular way of greeting his visitors and starting a conversation. “What are you doing here?” he asked an editor of The Independent. “I have been invited, sire,” the latter replied. Scathing, the reply was immediate: “You didn’t have to come!”

Prince Philip’s racism was priceless because it came so naturally to him. He didn’t pretend.

He didn’t try to offend anyone; he was just offensive. The lengthy collection of his racist, sexist, elitist, misogynist, class-exclusive, and dysfunctional prejudices is a traveling museum of European intolerance and bigotry.

The Prince is the custodian of an extended colonial history that led to today’s class privileges and differences. We shouldn’t whitewash his remarks; they must be cataloged correctly and faithfully for future generations of scholars, critical thinkers, and anthropologists on European imperialism’s racial basis to analyze them precisely.

The kind of racism Prince Philip exuded embodies the spirit of British and European imperialism in its heyday. This is how the British thought when they ruled India, the French when they controlled Morocco, the Italians when they invaded Libya, and the Belgians when they conquered the Congo.

Today, the privileged and aristocratic class learned how to camouflage their racism in various symbols and euphemisms. The kind of fanaticism that Prince Philip exuded is now seen as rude and vulgar, old-fashioned and outdated, presumably categorized and directed towards the lower social classes. Racism, now, should be more subtle, some of them would say.

The unique characteristic of Prince Philip is that he was a royal from the heart of the British (and European) aristocracy. He told it as he saw fit and couldn’t care less about what anyone thought.