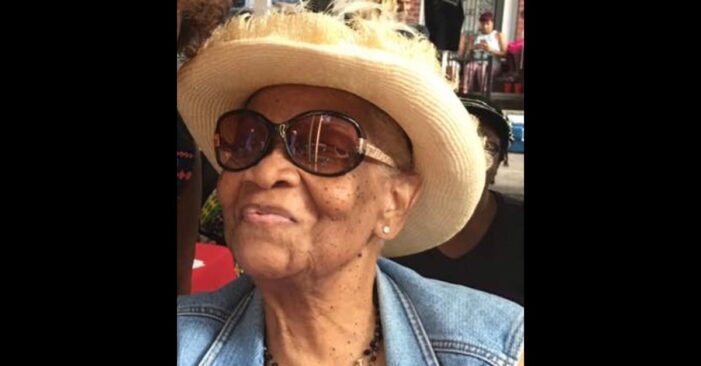 The Caribbean community mourns the loss of Trinidadian Joyce Quamina, who died unexpectedly in Mount Sinai Hospital, in New York, at the age of 85, on March 1, 2022. It is ironic that the longtime Brooklynite, who was known affectionately by many as the “Carnival Queen,” would take her last breath on the day known in Trinidad as “Carnival Tuesday.” Ms. Quamina, who was born in Port-of-Spain, in Trinidad, migrated to the United States in 1969. She settled in Brooklyn, New York, and was well-known throughout the community.

Joyce Quamina’s name became synonymous with Brooklyn’s Labor Day Carnival because of the decades of her life she devoted to helping make the event a success. Although she is mainly known for her work with the West Indian American Day Carnival Association, her daughter, Michelle Quamina, shared lesser-known ways that her mother impacted the community with the press. She volunteered her time to speak to prisoners about the importance of celebrating Caribbean culture and conducted workshops in city colleges and universities to teach students about Carnival. She mentored youths and adults in the community on Caribbean culture.

Quamina was connected to the West Indian American Day Carnival Association (WIADCA) for over 40 years, in varying capacities. Reportedly, Joyce Quamina was referred to WIADCA, where she started working as a judge.

She then became a head judge – judging the Mas Bands. After that, she reportedly joined WIADCA and later became a board member. She was the business manager for WIADCA and the head judge.

“She has worked hard to bring WIADCA to where it is today. She’s raised funds, she got sponsorships, she worked very hard with the Steel Band Association…,” said Ms. Sealy regarding her late friend, Joyce Quamina.  Ms. Sealy also credited Ms. Quamina with bringing back the Children’s Carnival, taking it to new levels, and helping the Steel Band Association resolve conflicts when people in the neighborhood would call the police complaining they were making too much noise. Even after her retirement, Joyce Quamina remained dedicated to WIADCA and continued to consult the organization.

Ms. Quamina’s acclaim for her work with Brooklyn’s Labor Day Carnival and WIADCA led to her being summoned by other organizations with requests for her help with their Carnivals. During an exclusive conversation with Caribbean American Weekly Trinidadian Angela Sealy, former Chairperson of West Indian American Day Carnival Association, fondly remembered her friend and supporter, Joyce Quamina. “She loved to party. We supported all the different Carnivals,” shared Ms. Sealy. “She did a lot to support other organizations.

People would call her for help with their Carnivals,” added Sealy. Ms. Sealy mentioned White Plains, NY; Boston, Baltimore, Toronto, Miami, and Trinidad and Tobago Carnival and remembered the good times shared with Ms. Quamina.  Sealy shared that one of the WIADCA members started the Miami Carnival, and Ms. Joyce Quamina would always call to give him advice, and the whole contingent of the organization used to go down.

Ms. Quamina’s death has left WIADCA members and officials with a sense of significant loss. The community is mourning. WIADCA released this statement to the press regarding the passing of Joyce Quamina, “Her eyes saw many transitions, her wisdom guided us through many successes, she taught us the importance of listening to, respecting, and honoring those who came before us.”

Angela Sealy said, remembering Joyce Quamina, “She would help anyone. She would get food for the kids. Many people trusted her and would call her for guidance for many things. She was a wonderful person.”

Caribbean American Weekly offers condolences to the family, friends, and supporters of the late Joyce Quamina, “a Cultural Icon.” Joyce Quamina was loved by many and will be missed. Funeral services have been scheduled for Saturday, March 12, 2022, at Harmony Funeral Home, located at 2200 Clarendon Road, in Brooklyn, New York. The viewing of the body is scheduled for 11 am to 12noon, while the funeral service is set for 12noon to 2 pm. Rest in peace, “Carnival Queen.”