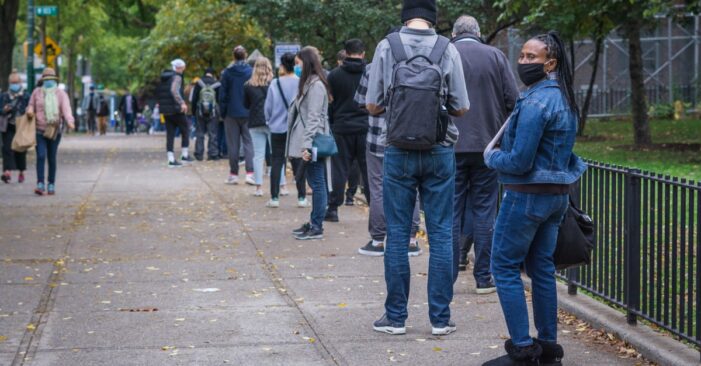 New York Republicans have filed a lawsuit to prevent the implementation of Intro 1867, the noncitizen voting law passed by the New York City Council, which went into effect on Monday, January 10. Mayor Eric Adams, the city Board of Elections, and the City Council are named defendants.

“The right to vote is one of our most sacred privileges and obligations. Last night, legislation became law that makes a total mockery of the concept of American citizenship,” said Staten Island Borough President Vito Fossella, the lead plaintiff in the case. “This unconstitutional act cheapens what it means to be a citizen and is an insult to every immigrant who has followed the law, taken citizenship classes, and swore an oath to our nation.”

Mayor Adams announced he would not veto the measure after being concerned about certain aspects of the Bill. In a statement released to the press on January 8, Adams said, “I believe that New Yorkers should have a say in their government, which is why I have and will continue to support this important legislation. While I initially had some concerns about one aspect of the Bill, I had a productive dialogue with my colleagues in government that put those concerns at ease. I believe allowing the legislation to be enacted is by far the best choice and look forward to bringing millions more into the democratic process.”

The Bill, which the Council approved in December 2020, would allow just over 800,000 legal permanent residents and certain immigrants with work authorization living in New York City to vote in municipal elections. However, they will not be allowed to vote in state or federal elections.

Supporters argue that the law expands the franchise to immigrants who are a vital part of the city and pay local, state, and federal taxes. On the other hand, its critics claim the measure is unconstitutional and makes a “mockery” of US citizenship. The law will allow noncitizens to vote, starting with the 2023 city elections.