Robert Cornegy Jr. Believes he has What it Takes to Be the Next Brooklyn Borough President 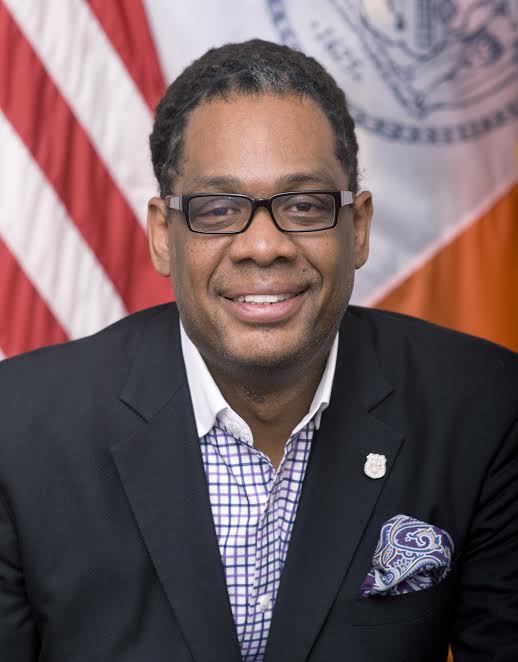 City Councilmember Robert Cornegy Jr. represents Brooklyn’s District 36.  The district includes the Brooklyn neighborhoods of Bedford Stuyvesant and Crown Heights.  The term-limited politician, who has served as City Councilmember for the past eight years, is ready to assume the role of Brooklyn Borough President.

Listen to an interview with Robert Cornegy Jr. on “Running for Brooklyn Borough President” below:

During his time as City Councilmember, representing District 36, Robert Cornegy Jr. has pushed several key initiatives, including support for small business owners and senior citizens and diversity, inclusion, and equality.  Cornegy is known for being active in the Brooklyn communities within District 36 and serves on multiple committees.  According to online press, Robert Cornegy Jr. is “…Chair of the Council’s Committee on Housing and Buildings, Chair of the Minority and Women-Owned Business Enterprise Task Force {MWBE}, and a member of the Budget Negotiating Team (BNT).  He is also a member of the Committees on Education Development; Education; Finance; State and Federal Legislation; and Rules, Privileges, and Elections.”  In addition, Robert Cornegy Jr. has pushed for legislation mandating there be dedicated rooms for nursing and breastfeeding mothers in public buildings throughout the five boroughs.  Cornegy also advocated for commercial tenant anti-harassment and neglect legislation to protect against criminal landlords. He also called for the Department of Corrections to provide vocational programming and supportive services to people who have been incarcerated on Riker’s Island for more than ten days.  And he supported New York City’s Rent Freeze Program to increase affordable housing, amongst other initiatives.

Robert Cornegy Jr. believes he is the leader that Brooklyn needs to build back stronger following the devastation caused by the Covid-19 pandemic.  Unlike most of the candidates running for Brooklyn Borough President, Cornegy has actual political experience and has held leadership positions in the committees that address the issues pertinent to Brooklynites.  Other than Cornegy, there are two other City Council Members and a State Assembly Member in the race for Brooklyn Borough President, who also has political experience.  However, Cornegy is confident voters are looking for new types of leadership and believes his experience speaks for itself.  When People, Power, & Politics Radio Show asked Robert Cornegy Jr. what makes him the best candidate for the Brooklyn Borough President position, he stated, “…The unique perspective of chairing for the City of New York the Committee on Small Business…and now as the Chair of Housing and Buildings, I can find the pathway of creating not only affordable housing as tenancy but also affordable pathways to homeownership – which is really what minorities and immigrants really seek.  They don’t want an opportunity to pay rent for the rest of their lives, even if it is at a reduced rate.  They’d like to build capacity in their homes through access to equity and be able to build wealth and transfer wealth in the communities they live. Those two things I have done, I am proud of doing, and I seek to do that for the entire borough.  We’ve done that in Bedford Stuyvesant and Crown Heights. I know for a fact; we can do that for the borough of Brooklyn.”