Stop Saying ‘People of Color’ When You Mean Black | Opinion 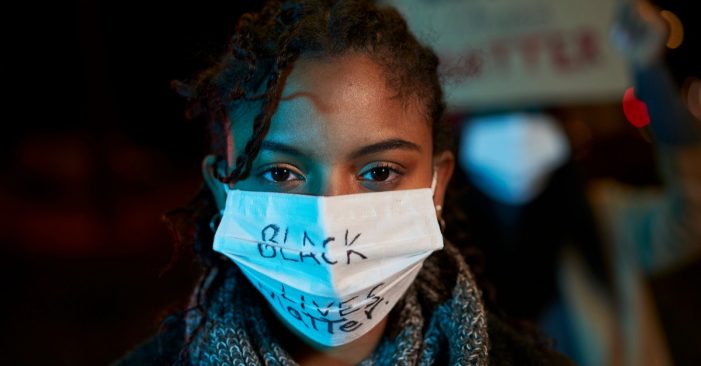 This week, we’re marking the one-year anniversary of the murder of George Floyd. His death at the hands of Minneapolis Police Officer Derek Chauvin—who has been convicted of two counts of murder and one of manslaughter—sparked a national conversation about racism in America. It’s a conversation that’s long overdue, that activists like us have been waiting for for too long.

But the national conversation hasn’t been perfect. Far from it. And we’ve noticed one particular penchant that we feel requires correction: the use of the term “people of color” when what you mean is Black.

“People of color” or POCs as it’s known in shorthand is a term that activists came up with back in the 70s to replace the commonly used terms “non-white” or “minority.” The use of POC was seen as a way of centering the non-white narrative, giving minoritized people back their subjectivity in a sense. And it caught on, becoming commonplace in the media by the 90s.

The problem is when you use the term “people of color” when what you mean is Black.

Rather than exposing our struggle, it dilutes and erases it behind a broader and inaccurate class of victims. It’s no wonder that the phrases “people of color” or even BIPOC in this context aggravates many Black people—rightfully so.

This is not new, either. We have seen “people of color” used as a stand in for “Black” for some time now. And it’s not the only problem, either.

We’re even more aggravated by another phenomenon that seems to be on the rise: the use of “race” and “racism” interchangeably. Think, for example, about how the current moment following George Floyd’s murder is so often described: as a “racial reckoning.” But what it is is a reckoning about racism. And this mix up matters.

For starters, we know there is no such thing as race; it is a social construct with no biological reality. But racism is only too real. And substituting the fiction of race for the reality of racism confuses the cause and effect, the victim and perpetrator. As Ta-Nehisi Coates writes in his book Between The World and Me, “race is the child of racism, not the father.” In other words, race was created to justify racism. That must always be remembered about racism.

Moreover, categorizing the news as being about “race” instead of “racism,” as in USA Today’s “Race in America” section, falsely implies that Black people somehow have more race than white people. It furthers the fiction that white people do not have a race but minoritized communities do, which is exactly the problem we’re trying to fix.

The truth is that what Black people have suffered is not due to their race—a fiction—but due to the specifically anti-Black racism that has plagued this nation since its inception. The enslavement of Africans and the theft of Indigenous land were foundational to the creation of racism in this country. Saying this does not—and should not—minimize or discount the racism faced by other groups. But to not admit this and not allow it to inform our conversations is to erase the very specific Black pain that has been part of the DNA of America for as long as it’s existed.

Instead of erasing this truth with the term “people of color,” we ask that you use it sparingly. It is a term that denotes all racially marginalized people. How often are you really talking about all racial minoritized people? More often than not, you’re describing a specific group with its own specific problems. Don’t be lazy; name them. Though all racisms are rooted in white supremacy, they manifest themselves differently in different communities.

We keep hearing that this moment is a true reckoning with racism and white supremacy in our society. While we are not sure if that is necessarily so, we do know that any movement to end white supremacy and the scourge of racism in this country will never occur if we try to take the easy way out of difficult conversations.

We must be clear with what we are discussing if we are ever going to create a more just world. Stop saying “people of color” when you mean Black people.