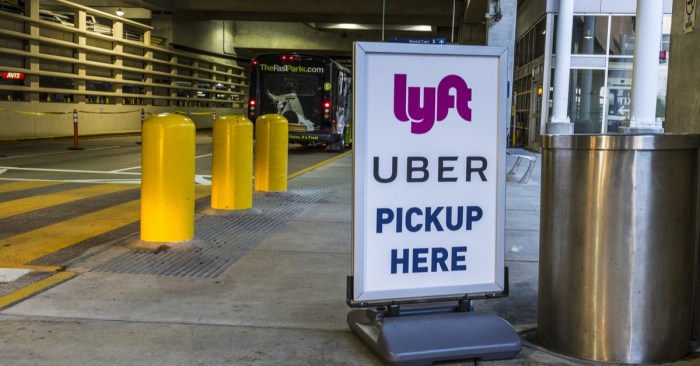 When a company goes public, though, there are lots of bothersome reporting requirements and big investors who want to see annoying things like “profits,” and all the early VC guys have already waltzed off with their money, and suddenly things can get very grim. Which brings us to the famous ride-sharing companies. Lyft and Uber, its larger and more successful rival that also plans to go public soon, have a few things going for them: They’re everywhere! Everyone knows them! And they have successfully revolutionized transportation in America! All major accomplishments. There is only one drawback, from a “business” perspective: both of these companies lose a shocking amount of money.

Indeed, from a “business” perspective, it is fair to say that Lyft and Uber’s main function is to take money from the world’s savviest investors and use that money to offer everyone subsidized rides. Lyft lost nearly a billion dollars just last year, and Uber’s losses are even more staggering. And this is with the benefit of being able to exploit drivers by treating them as contractors rather than employees—something that could very well change one day, and which would raise costs considerably. And the companies’ plan to turn this black hole of losses around is: Do what we’re doing now, but more!

You do not need to be a financial genius to see that the only real path to profitability for Lyft and Uber is to raise prices so that rides actually bring in more money than they cost. (Wild, I know. For a more in-depth look at Uber’s ridiculous math, see this Yves Smith piece.) If you want to peer into the future—as all these investors are supposed to be doing—and think about what the real, non-fantastical, non-bullshit outcome of these humongous companies will be, there are basically three possibilities, which we will list forthwith:

1) The Bad (For Uber and Lyft, Not Necessarily For Society) Scenario

After burning through literally tens of billions of dollars from venture capitalists and sovereign wealth funds and institutional investors and all the world’s smartest people, it finally becomes clear that these companies cannot reach profitability, because once they finally raise their prices high enough to allow them to make $$$, people are much less enthusiastic about calling a car. Woops. Simple apps that allow people to make some extra cash by giving rides in their own cars may remain, but the prospect of Uber and Lyft as major moneymaking international corporations will die. Thanks for all those years of artificially subsidized rides, Saudi Public Investment Fund!

After putting the taxi industry out of business through clever and semi-dirty regulatory arbitrage, Lyft and Uber become, essentially, the taxi business all over again, as regulations and organized labor catch up to technology. This business is moderately profitable and stable but not really anything that would necessarily inspire all this, you know, hype. Congratulations, tech geniuses—you spent decades tearing down and then rebuilding the taxi business, arriving back where you began.

Which of these scenarios is most likely? I have no idea—I am just a stupid idiot. But I do notice a general trend: the better the future is for Uber and Lyft, the worse it is for the rest of us.

See you there (the future)!