‘The Harder They Come’ soundtrack added to the US Library of Congress, National Recording Registry 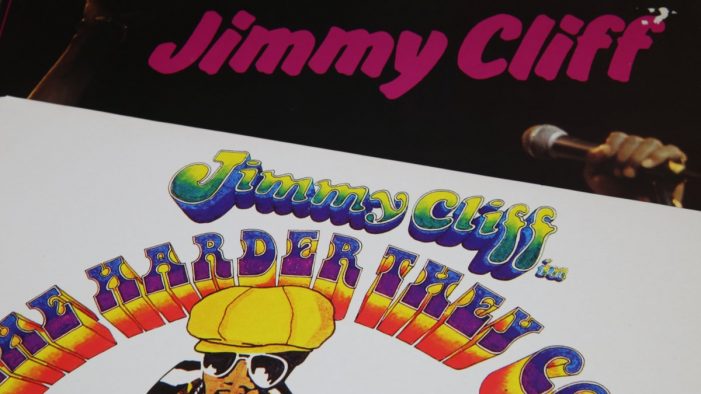 The US Library of Congress, National Recording Registry Adds ‘The Harder They Come’ soundtrack Among 25 New Selections

Librarian of Congress Carla Hayden today named 25 recordings as audio treasures worthy of preservation for all time based on their cultural, historical or aesthetic importance in the nation’s recorded sound heritage.

“The National Recording Registry will preserve our history through these vibrant recordings of music and voices that have reflected our humanity and shaped our culture from the past 143 years,” Hayden said. “We received about 900 public nominations this year for recordings to add to the registry, and we welcome the public’s input as the Library of Congress and its partners preserve the diverse sounds of history and culture.”

The recordings most recently selected for the National Recording Registry bring the number of titles on the registry to 575, representing a small portion of the national library’s vast recorded sound collection of nearly 3 million items.

“The Harder They Come” soundtrack is only the second reggae album to be inducted with the first being “Burnin’ ” by The Wailers.

The 25 albums honoured include Janet Jackson’s clarion call for action and healing in “Rhythm Nation 1814” and joins other groundbreaking sounds of history and culture among the latest titles inducted into the National Recording Registry of the Library of Congress, including Louis Armstrong’s “When the Saints Go Marching In,” Labelle’s “Lady Marmalade,” Nas’ “Illmatic,” Kool & the Gang’s “Celebration,” and Kermit the Frog’s “The Rainbow Connection.”

The latest selections named to the registry, spanning from 1878 to 2008, range from pop, hip-hop and country to reggae, Latin, Hawaiian, jazz, blues, gospel, classical and children’s music.

NPR’s “1A” will host several features in the series, “The Sounds of America,” on the selections for the National Recording Registry, including interviews with Jimmy Cliff, Chris Blackwell, Kwame Dawes and Justine Henzell regarding significance of The Harder They Come.  Follow the conversation about the registry on Twitter and Instagram @librarycongress and #NatRecRegistry and @THTCthemovie

The enduring cultural impact of music reveals itself in a variety of ways: over the passage of time for some songs, through numerous covers inspired by the original, or perhaps from the perennial use of certain music in movies, television, celebrations and on dance floors. This has made some tunes familiar sounds of America’s shared songbook, including “Lady Marmalade,” recorded by Patti LaBelle, Sarah Dash and Nona Hendryx, “Somewhere Over the Rainbow / What a Wonderful World” recorded by Israel Kamakawiwo’ole in 1993, and “Celebration” recorded by Kool & the Gang in 1980.

Some albums inducted this year into the recording registry demonstrated the power to influence entire genres of music. When Nas released his 1994 hip-hop album “Illmatic,” it was celebrated for its rhythmic originality and complexity, and its technique has been widely copied since.

In the case of reggae,“The Harder They Come” was the first Jamaican-produced feature film, in 1972. The movie soundtrack, released on Island Records, features six songs recorded by Cliff has been credited with taking reggae worldwide while also presenting other reggae stars like Toots & the Maytals to a global audience.

More information on the album is below:

In 1972, reggae singer Jimmy Cliff starred in the first Jamaican-produced feature film, “The Harder They Come.” Around the time of the film’s release, the soundtrack to this film made its way to American audiences and has been credited by Rolling Stone magazine as “the album that took reggae worldwide.” Cliff has six songs on the album, including the title track and the seminal “Many Rivers to Cross,” which has since been covered by myriad artists, including Cher, John Lennon, UB40, Annie Lennox and Percy Sledge. While only the title track was recorded specifically for the soundtrack, the album collected numerous reggae stars and presented essential works in the genre to a new global audience. Others reggae pioneers and luminaries appearing on the album include Toots and the Maytals (“Pressure Drop” and “Sweet and Dandy”), Desmond Dekker (“Shanty Town”), and The Melodians (“Rivers of Babylon”). This exemplar of the diverse sounds of reggae in the 1960s and ‘70s has enjoyed enormous critical praise and continued popularity in the U.S. The album has appeared on every version of “Rolling Stone’s” Top 500 albums of all time.