The Lingering Effects of 9/11 on Immigrants 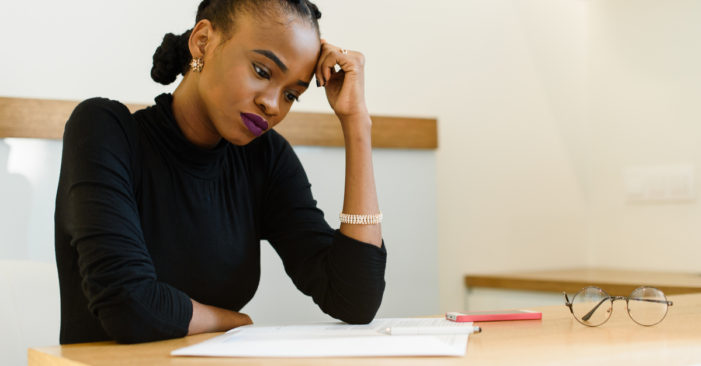 The month of September remains a significant month in the history of the United States since that fateful event of 9/11. A day that informed the design and implementation of several immigration policies to forestall possible threats of terrorism with a resultant impact by immigrants.

With a laser focus on detecting and preventing terrorist activities, these policies have left a lasting legacy and remain a nightmare, especially for foreign immigrants from the Middle East. To date, most claim they have remained traumatized by some of the treatments and experiences they had.

In a webinar organized by Documented and Intercept held among professionals and experts, and facilitated by Azmat Khan, the award-winning investigative journal and assistant professor at Columbia Journalism School, they explored the extent of the changes to the United States immigration system and security due to 9/11, as well as its effect among immigrants especially in New York and some parts of New Jersey.

Arguably, some of the notable changes enforced in response to the attack included creating specific departments and institutions such as The Department of Homeland Security and the Immigration and Customs Enforcement service. Their activities became more pronounced, as evidenced by the increased raids, arrests, and detention of many immigrants.

In New York City, Queens and Brooklyn became a danger zone for immigrants, especially from the Middle East, male and who were Muslim. Many people were tortured while in detention at various jails and prisons after an arrest. Mohammed Razvi, the Council of Peoples Organization (COPO) leader, one of the experts on the panel, explained that post 9/11, people began to live in fear. The ‘Little Pakistan’ community in NYC became a ghost town, and many people left because members of the community felt they became targets. “Community members – mother, daughter, sisters were worried that their husbands and sons were picked up … the sad part was that no information or communication was given.” He said. He explained the fear was unbelievable, and no one felt safe, including those who lived in the U.S. all their lives. Everyone felt they were a target.

The Federal government’s policy that required the registration of over 85,000 Muslims, including Pakistanis, caused an exodus from the city,”…as much as 20,000 people fled …people traveled from Brooklyn to Ontario, Canada.”

Another significant fallout was the lack of justice for those who experienced discrimination, most of whom didn’t seek help, confirmed by Naz Ahmad, an attorney with the Creating Law Enforcement Accountability & Responsibility project. She explained that there are programs that inappropriately affect immigrants, denying them their benefit, especially if they are on the government’s watch list. Such programs place unsuspecting people on specific markers; thus, when they seek any help, their applications are denied or placed under the category of ‘not eligible to benefit,’ and only a background check will reveal if they are eligible. As attorneys, they can start an appeal, which though filed, does not guarantee approval. “We are sometimes forced to take a particular track …being able to appeal these things depends on what benefits are being applied for the person “, she explained.

Unfortunately, most immigrants are unable to find out if they are on the watchlist. “…Nobody is ever going to tell you if you are on a watchlist if you are not a U.S. citizen or a Green Card holder.” However, since the attack, a leak that occurred some years ago revealed the ‘no-fly list/terrorist watchlist’ says Murtaza Hussain, a national security and foreign policy intercept reporter.

He also shared that investigative reports show that people are coerced to work against community members in exchange for their rights. “Rights were denied to people, and to get it back, you have to work for them – you become a tool in the hands of the FBI, and you have to do what they tell you.” That situation resulted in feelings of betrayal, loss of trust, and friendship.

In a familiar case Asad Dandia, the co-founder of Muslims Giving Back, found himself. Sharing some of the ways he felt when he realized that he had been betrayed by someone close to him, who was working as an informant to a federal agency, acting as a spy – informing them of the group’s activities.” The SWAT abducted a friend of mine, and they asked him to spy on us…he refused at first, and they made things difficult for him. He decided to do it for some time but changed his mind. He has now left for the U.K.” He explained that the FBI chose people to infiltrate the organization. “They get people to spy on your organization or get 15 years’ incarceration…they use such methods to shut down communities.” He also recalled feeling guilty, especially in another case where a close acquaintance turned spy had been introduced to many people within his close network, which led to them becoming targets by association.

Emotions that Murtaza Hussain revealed he observed with members of the community that he supports, the actions have a very harmful and toxic social effect. “People became afraid to remain friends because they (FBI) pressured people to become an informant, “adding that it increased hate crimes. “At that time, I changed my name from Muhammed Razvi and started going as ‘Mo’ because I was afraid.”

Immigrants caught in the web of acting as spies within their community or an organization that works with selected communities feel trapped and compelled due to their circumstances being used against them, often linked to their citizenship and immigration status. Thus, they exploit their vulnerabilities and use it against them, especially among those with peculiar circumstances. According to Naz Ahmad, some of the clients she has represented disclose that they felt manipulated and isolated because of their role.”… It is not just that you are depriving them of benefits. You make them feel alone and isolated, using someone’s immigration status and sometimes their children to get them to cooperate.”

No doubt, 9/11 will remain a memorable day and event in American history and for generations to come, and the American government remains committed to doing all it can to protect the lives and properties on its territory. However, in doing so, it is important they remember that there are American people in spirit even if they do not look, sound, or act so based on circumstances beyond their control. Such people should not pay the price for those that are anti-American but share similar characteristics with them. While perpetrators must be deterred and held accountable for wrongs, innocent persons should be protected and humanely treated.

To this end, the press and legal practitioners remain essential in calling out inhumane behaviors and publicizing them to deter dehumanizing behaviors in the name of enforcing the law. “Have the press talk about the issue to increase the pressure by calling out every negative behavior,” Muhammed added.