This is not the way to Spend a Billion on Buffalo 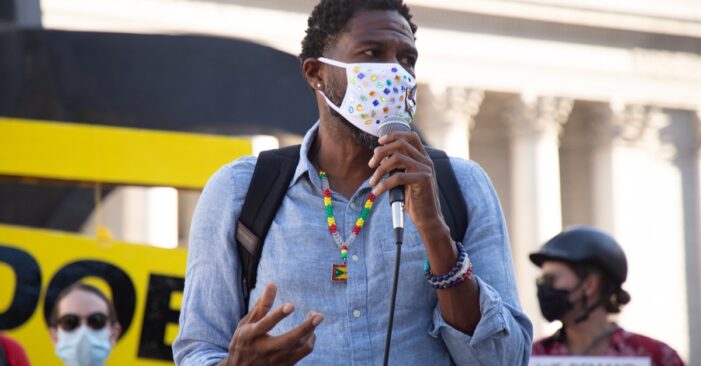 Time is up for the Legislature to pass an on-time budget, and the governor is working overtime — not to negotiate a budget that will work for working people, but to cut the wealthiest billionaires in western New York a check.

At the same time, I think we can spend a better billion on Buffalo.

A billion dollars of state investment in Buffalo could help fundamentally transform education, health care, or housing. A billion dollars aimed not at the new stadium but at the small local businesses in the surrounding blocks could revitalize a neighborhood, a community, a city. Funding truly affordable housing creation and preservation, supporting and strengthening schools, creating youth jobs, and establishing child care supports and infrastructure could provide immediate relief and long-term investments in affordability and growth.

Instead of gifting multimillionaires and billionaires with state funds, the governor should commit to common-sense, broadly popular legislation raising revenue from the wealthiest New Yorkers. These bills are good for Buffalo, Syracuse, Rochester, Albany, New York City. Passing them is critical for our state’s financial future when the federal funding runs out. If the richest New Yorkers want the state to fund projects like a new stadium, they should at least pay their fair share.

We can’t afford to put more money into projects that over-promise and underdeliver. In recovering from that damage and building a sustainable future from Buffalo to Brooklyn, we can’t rely on the failed economic development strategies of the past. If billionaires are allowed to drive pandemic and post-pandemic policy, then the structural inequities in New York’s economy will persist.

Western New York continues to be an incredibly supportive environment for the Bills — fans show that every week. But that support doesn’t need to come at the expense of other key investments that the region needs. Buffalo, and all of New York, can have a just recovery and build a just economy. We just need political courage.

Jumaane Williams is a candidate for Governor and New York City‘s Public Advocate.