Tropical Rainstorm in Caribbean Could Become 1st Atlantic Hurricane of 2022 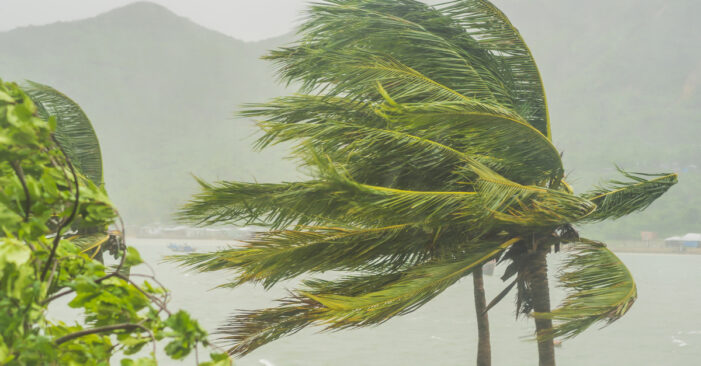 The northern portion of South America, as well as islands in the southern Caribbean, will be subject to localized heavy rainfall that can lead to flash flooding, as well as gusty winds from strong thunderstorms that can trigger sporadic power outages. At midday Wednesday, tropical storm warnings remained in effect for Bonaire, Curacao and Aruba and from the Paraguana Peninsula in Venezuela to Santa Marta, Columbia.

AccuWeather Hurricane Center – June 29, 2022 – A tropical rainstorm that has been designated as Potential Tropical Cyclone Two by the National Hurricane Center (NHC) is forecast to travel across the southern Caribbean Sea while remaining very close to the shores of South America this week. Tropical storm warnings and watches were in effect Wednesday for several Caribbean islands and portions of Venezuela and Colombia ahead of the developing system’s approach.

AccuWeather meteorologists say the system could strengthen into a tropical storm at any time over the next several days, but it is when the system approaches Central America this weekend that rapid strengthening could occur, with forecasters not ruling out the possibility that the system could reach Category 1 hurricane strength.

Chances are also increasing for a system in the western Gulf of Mexico to become a tropical depression in the short term as well. The next two names on the list of tropical storms for the 2022 season are Bonnie and Colin.

As of 11 a.m. EDT Wednesday, the storm was located about 130 miles (210 km) to the east-southeast of the island of Curacao and was racing toward the west at 30 mph (48 km/h). Maximum sustained winds were near 40 mph (65 km/h). Tropical-storm-force winds extend outward up to 60 miles (95 km) from the center, according to the NHC.