Ways in Which a Toxic Relationship Could Kill You 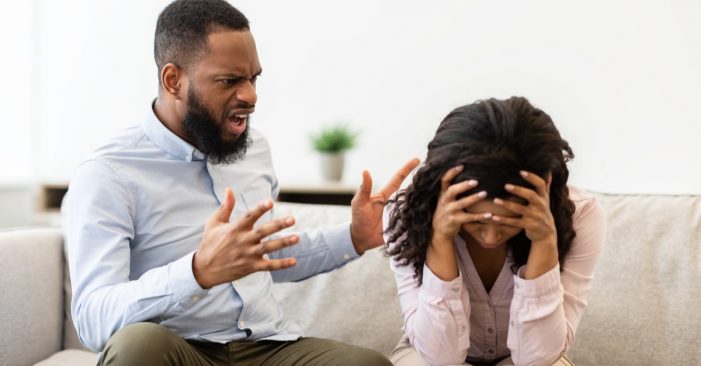 A toxic relationship is characterized by a repetitive, unhealthy pattern that is destructive to one or both partners. If your well-being is threatened physically, emotionally, or psychologically, then you are in a toxic relationship. A toxic person could be excessively jealous, insecure, domineering, or manipulative. The toxic behavior may include disrespect, lying, belittling, and or outright name-calling. Toxic relationships are found in all spheres of life.

•Heart problems
Researchers affiliated with the Department of Epidemiology and Public Health of the University College London, London, surveyed relationship quality among 9,000 men and women in the British Civil Service. In results published in 2007, participants who reported difficult relationships were 34 percent more likely to develop heart problems. And a 2016 University of Michigan study confirmed that adverse relationships affect a couple’s cardiovascular system. The study recorded a rise in blood pressure when couples in stressful relationships were interacting with each other. This can lead to long-term elevated blood pressure.

•Chronic stress
A toxic relationship wears you down and affects your physical and mental health. Stress weakens your immune system, affecting virtually every aspect of your health. Negative social interactions, whether with family, friends, or neighbors, are a source of stress, which can cause inflammation in your body. A study published in March 2021 concluded that women who experienced high levels of social strain were at greater risk of suffering a heart attack or dying of cardiovascular disease than those who did not. The participants were followed up for nearly 15 years. The study was published in the Journal of the American Heart Association. Constant strain puts your body in permanent “flight or fight” mode. This eventually raises inflammation levels in the body, with serious health consequences. A 2014 report in the Psychological Bulletin reviewed a study in which couples were asked to participate in supportive as well as hostile marital interactions. The highest inflammation was reported in couples with the highest levels of hostility.

•Depression
A study by researchers associated with the University of California, Los Angeles, whose findings were reported in Psychological Bulletin, concluded that the risk for depression is greatest when people suffer social rejection. The study reviewed 7,300 adults in a community-dwelling and found that people’s risk for depression was highest when they felt entrapped, humiliated, and suffered a loss of what they regard important. All these events are characteristics of toxic relationships.

•Undesirable weight gain
People weighed down by negative relationships amassed more belly fat over the years than those in positive associations. A study by researchers from Northwestern University, Evanston, Illinois, USA, followed 3,000 people in their 30s and 40s over 15 years. The researchers defined “negative” as situations in which family and friends criticized the subjects, belittled, let them down, or just got on their nerves. Writing in the American Journal of Epidemiology, the researchers acknowledge that everyone gains weight as they grow older, people in toxic, stressful relations ended up with slightly larger waistlines overall, the fat that poses the greatest risk of heart disease and diabetes.